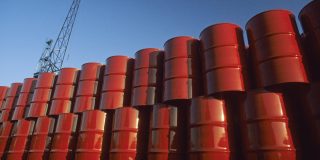 ‘’Angola has clearly demonstrated its commitment to promote the open and accountable management of its natural resources for the benefit of its people,” said Tete Antonio.

With this decision, Angola would join the likes of other African countries such as Nigeria, Senegal, Burkina Faso, Ghana, Ivory Coast amongst others.

EITI, which was formed in 2003, has about 53 member countries globally. The organization was created to encourage transparency and accountability, amongst oil-producing countries, and also encourage sovereigns to share details and data on generated revenue with its citizens.

Under EITI, Angola will be mandated to disclose information on the extractive industry value chain, starting from the point of drilling, to how revenues are allocated to government agencies and how they benefit the general public.

It is reported that Angola, which is a leading producer of oil, faced over four decades of mismanagement under the long-term leadership of Jose Eduardo dos Santos, who stepped down in 2017, after almost forty years in office.

Under the presidency of Jose Eduardo, the state oil company Sonangol was often dragged in corruption and mismanagement issues.

Even more, provoking to the Angolan people was in 2016, where Jose Eduardo appointed his daughter Ms. Dos Santos as the chairwoman of Sonangol.

However, her appointment was short-lived as the incumbent president Joao Lourenco terminated her employment. Ms. Dos Santos, who is a citizen of both Russia and Angola is facing multiple charges of corruption in the country.

Earlier this month, a court in Luanda sentenced dos Santos’s son to five years in prison over a $500 million corruption case,’’ as reported by Reuters.

Although the country has been producing oil for decades, the wealth generated from trade activities doesn’t seem to transcend into the quality of life of its citizens, as the country holds a poverty rate of 41 percent.

Perhaps with the influence of EITI on the country’s data, oil revenue and funds can be accurately measured and allocated to sectors like public welfare and poverty that need urgent attention.

Likewise, with the augmentation of information disclosure,  investors will be motivated to consider the country for business opportunities.