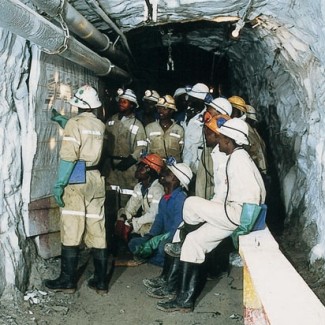 Anglo American has brought to an end a 10-month legal battle with rival Corporacion Nacional del Cobre de Chile (Codelco) by selling a 29.5 percent stake in its coveted Anglo American Sur to Codelco and its financing partner Mitsui & Co for $2.8 billion.

The deal reduces Anglo’s interest from 75.5 per cent to 50.1 per cent, meaning they retain control. Anglo Sur has also agreed to transfer certain undeveloped mining tenements to Codelco.

The agreement resolves a courtroom battle over Anglo’s flagship Los Bronces mine, which is set to be the world’s fifth biggest copper mine and has cost the company $2.8 billion. Codelco initially wanted to exercise an option to purchase 49 percent of Anglo American Sur, but were thwarted when Anglo sold 24.5 percent of the properties to Mitsubishi in a $5.4 billion deal last November. The prolonged legal drama in the wake of this captivated the mining industry across the world, with exploitation of remaining copper deposits a priority due to high Chinese demand. The deal was finally reached a day before an agreed deadline, and seemed to satisfy all parties.

Anglo copper chief John MacKenzie said that the company had done well for its shareholders. His Codelco opposite number Thomas Keller said that his company had come out of the long legal battle with a take in the most productive district in the world for copper reserves, and achieved this at a very good price. Analysts agreed.

“Codelco gets significant value from an option contract that seemed lost for many years,” said Juan Carlos Guajardo, head of mining think tank CESCO in Santiago. “The most important thing for Anglo is that it has closed in a fairly reasonable manner a situation that could have generated significant problems. It’s a good deal for all parties.”

The two companies have also agreed to put the dispute fully behind them and work together in the best interests of Anglo American Sur.

“Today’s commercial agreement demonstrates Anglo American’s and Codelco’s focus on our future and potential as partners in the best interests of both companies, while we have both gained significant value for our shareholders and other stakeholders, and recognise Mitsubishi’s contribution to facilitating today’s agreement,” said Cynthia Carroll, Chief Executive of Anglo American.

“I am very pleased that an agreement has been reached that fulfils our expectations in terms of value creation for Codelco, reinforces Codelco’s standing as the main copper producer in the world and which sets the ground for an innovative partnership with Anglo American in AA Sur,” said Keller. “We can now look forward to working together to build further on the value that both companies have gained through today’s agreement.”

However, Codelco’s powerful union federation slammed the company for buying less than 49 percent. And Anglo was forced to nearly halve its share in Los Bronces mine in less than a year.