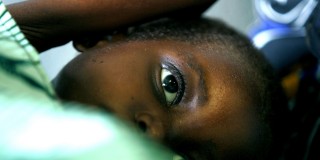 After dealing with Ebola, DR Congo is threatened by the outbreak of Measles

As the Democratic Republic of the Congo awaits 42 days to be declared Ebola-free, the African country is also battling with the rampant spread of Measles in its western region. In 2019, it was reported that over 6,000 people have died from the virus.

Also, according to a Wikipedia report, the measles outbreak in DRC was the largest and most fatal measles outbreak across the world in 2019.  Also, last year over 18 million children under the age of five were vaccinated against measles in DR Congo and about 310,000 suspected cases were reported.

So far, the World Health Organisation (WHO), which has been actively involved in eradicating the epidemic has dispensed US$ 27.6 million and is currently seeking additional emergency funds of about US$ 40 million for a six-month immunization plan for children. Just last week, the second round of vaccinations commenced.

It is estimated that about 73,000 children between the ages of 6 months and 15 years will profit from the vaccinated project in the central Kongo province in the second phase.

The outbreak which started in the southeast region of the country in 2019, spread to other provinces and by June of the same year, it was reported that the epidemic had exceeded the fatality caused by Ebola. Furthermore, in November 2019, over 250,000 people nationwide were infected.

The various initiatives by both government and private institutions to combat measles have been frustrated by lack of resources, security issues, and even mistrust.

As such, the fight against the epidemic has received support from the Measles & Rubella Initiative, the World Health Organisation, UNICEF, and GAVI, a vaccine alliance. Also, an organization called Médecins Sans Frontières offers free campaigns on vaccinations

In terms of disasters or epidemic, every government regardless of whether it considers itself as a developed or developing country ought to prioritize saving the lives of children. However, it appears DRC is rather complacent in handling this measles situation.

As it is popularly said, desperate times call for desperate measures, therefore, the government needs to task itself extensively to generate adequate funds that could aid the fight against measles.

Measles is a very contagious disease caused by the measles virus. Mostly found in children, the preliminary symptoms include fever with temperature often greater than 40 °C (104 °F), cough, runny nose, and inflamed eyes.

Speaking on the situation in DRC, Médéric Monier, a Doctor working with Doctors without Borders said: ‘’There are those who are in the acute phase of measles i.e. they have the signs of severe diseases, such as respiratory problems, inflamed conjunctivitis, and fever.”