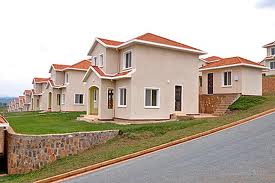 Infrastructure is a cornerstone of a stable and productive society. Housing is the cornerstone to family life and personal growth.

But in Africa, even the working class struggle to find affordable housing and this affects hundreds of millions of people on the continent. It is estimated that 330 million households are affected around the world and, if current trends are anything to go by, 2025 will spill over as the year where the number of households that occupy unsafe and inadequate housing will reach 440 million—or 1.6 billion people.

“…even as the rest of the global economy slows down and some parts even flirt with recession, business in large parts of Africa is booming like never before. Despite the credit crunch in the rich world’s financial markets, in sub- Saharan Africa in particular there is no sign of any reduction in a growth rate that has averaged over 5% a year for the past decade.”

This should be the pre-text by which we approach the challenge of affordable housing. Investment has every potential in Africa to achieve this with the residue of sustained growth. However, growth can be a bit of a tricky wave to ride, because it needs to be dissected into the sectors that are generating such growth. Having said this, we add another ingredient to the pot. Just more than 25 million people who are unbanked in Southern and East Africa, actually can be banked. Many of these people earn currency in the informal sector of Africa – that sustains Africa’s GDP by over 55 percent.

The extent of this global problem is further exacerbated by the following challenge highlighted by a McKinsey study; “To replace today’s substandard housing and build additional units needed by 2025 would require an investment of $9 trillion to $11 trillion for construction; with land, the total cost could be $16 trillion. Of this, $1 trillion to $3 trillion may have to come from public funding.”

In South Africa there are 1.2 million households located in 2700 informal settlements. There is a reality that there are decent working class employees living within these settlements and as such should be able to afford a decent living space. But existing stock of low income housing is inadequate. Quality of building structures, workmanship and the provision of decent shelter to South Africa’s low income sector remains a nightmare, political tool and promise that seem unlikely to be believed at the next election.

A public funding and private liquidity gap also exists in the financial market.  Overall there is considerable money to be made in the informal housing sector and banks need to take their innovation down a notch so that simplicity prevails. The South African Department of Human Settlement’s (DHS) new build programme for low income housing provides a subsidy of R54,000 per household and a further R15,000 – R20 000 per household is estimated for improved energy efficiency measures.

To show the lack of innovation and consistent claim for the greedy, if the total cost of using a basic bank account were only $2,00 a month, than the average $4,00, 5 million more people would be banked.

Let’s focus on some important statistics;

According the Mckinsey, “Affordable housing is an overlooked opportunity for developers, investors, and financial institutions. Building units for 106 million more poor urban households by 2025 could require more than $200 billion a year and account for 7 percent of mortgage originations.”

Investors seem to have overlooked the most sustainable market in the world – the informal, unbanked sector. There will always someone who will be able to afford low cost housing if there are defaults. This fact cannot be argued and the competition to secure low cost finance is far greater than in constricted financial sector in Africa.

We will only build Africa, when the people we speak of, have a home address.