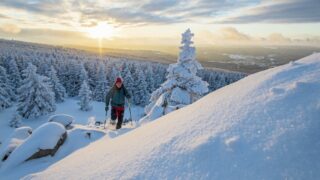 The growth of Africa’s tech ecosystem is one of the best things happening on the continent. The growth has made Africa a hotspot for investment, particularly in fintech, with revenue expected to reach $30bn by 2025. Aida Diarra, Senior Vice President and Head of Visa, Sub-Saharan Africa, ascribed the rapid growth in the industry to the pandemic. Speaking at a fintech-centred panel at the AFIS summit in Togo, Diarra noted that fintechs now offer integrated solutions simultaneously as opposed to the past, when fintechs solved problems like transfers, savings, and investment on separate apps. “These offerings combined with a market that now has access to data and analytics make consumer-centric products abound. The lines between fintech and banks are getting blurry. Fintech startups are also getting closer to regulators and are involved in the adoption of Central Bank Digital Currency (CBDC). The industry is extremely vibrant,” she stated.

Despite this growth, there are many challenges in the ecosystem, one of which is funding. Globally, the effects of the pandemic, combined with those of the Russian-Ukrainian war, are slowing venture funding. Earlier in May, global VC funding fell under $40 billion for the first time in over a year. Per Crunchbase, VC funding stood at $39 billion, down 20 per cent from $49 billion a year earlier in May 2021. In the first quarter of 2022, the records were not rosy in the US and Asia, which recorded a one per cent year-on-year decline in venture funding. Europe and Latin America saw growth of 33 per cent and 35 per cent, respectively.

This is in contrast to what happened on the African continent. Data from The Big Deal, an Africa-focused database, shows Africa was the only region to record three-digit growth in the first quarter of 2022, with venture funding up 150 per cent to hit a record $1.8 billion compared to $730 million in the same period in 2021.

Similarly, Disrupt Africa reported that although the funding record had fallen within the first half of 2022, 385 startups raised  $2.7 billion in Q3, 2022, a 28.5 per cent increase from 2021. Notably, fintech proved to be the key driver of investment on the continent, with 137 fintech startups having raised a total of US$1.27 billion in the review period. While these funding feats are commendable, it is a drop in the ocean of global venture funding. According to CB Insights State of the Venture Report, it represented only one per cent of the world’s venture funding in the first quarter of 2022. This shows that trends in the global market have little or no effect on Africa.

Speaking about the funding gap, Babs Ogundeyi, founder and CEO of Kuda, said, “African companies have been raising a significant amount of capital, but if you compare it to the global capital raised, it barely scratches the surface. Fintech companies are still relatively new in Africa, and only recently have we had a handful of companies raise ten million dollars and above. Because most companies are not yet at that level, you won’t notice the drop in funding because everybody wants to get the funding in the first place. So it does not mean African startups are immune to global crises or economic meltdowns. The slowdown affected mostly growth companies with significantly high valuations. In 2023, we will see if there are more companies that will thrive in terms of this growth phase. This will determine if the economic meltdown is affecting Africa or not.”

Tech jobs are in high demand globally, but there are not so many qualified people to fill in these roles. Consequently, there is a global scramble for the few available talents. While there is no sufficient qualified tech talent for the continent yet, some of the few qualified ones have resolved to work with bigger tech companies. These companies lure tech talents with juicy remuneration packages and relocation offers, which many embrace to escape the socio-economic realities in their countries. In an interview with 1,600 software developers, Google discovered that 38 per cent of African developers work for at least one company based outside the continent. This process of talent escape is dubbed the Japa Syndrome.

Opportunities amidst an economic meltdown

Amidst the global recession, Pardon Mujakachi, Vice president of strategy and partnership at Chipper Cash, stated that he sees “resilience and an opportunity to grow at an exponential rate. But we need to optimize our model to take advantage of what is happening.”

In changing the model of training tech talents, Africa needs to have more informal tech educational institutions like AltSchool Africa, a non-traditional institution for people interested in learning technical skills and launching a career in computer programming. Similarly, the introduction of coding at the primary and secondary levels in Kenya should be widely adopted. This would help create a sustainable pipeline of tech talent.

On how fintechs can navigate the uncertain times ahead in the coming year, Ogundeyi explained that mindsets should shift towards organic growth. “There are different ways to build companies. In recent times it has been done with access to foreign capital. Without access to such capital, the problem that we are trying to solve persists. Our mindset needs to change on how to tackle that problem. In the past, some had access to capital and could focus on accelerating growth. If this does not exist anymore, there is an alternative way to build which is more organic. It is not as fast, and it is not as competitive. There will also be more collaboration like a merger, partnership or acquisition. Since the problem still exists in the market, the building will not stop, but there will be alternatives to get the funding required. But again, I think it is slightly early to know if there really is a problem regarding access to funding. Maybe we are going to have good weather, and  no winter after all.”