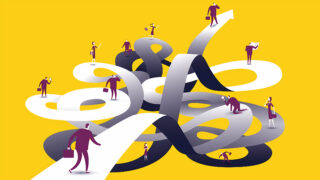 Africa remains a promise for Institutional Investors. Apart from the natural resource, the demand for infrastructure and energy projects in Africa continues to exceed the supply. It is estimated that the African continent requires around $100 billion of investment per year from 2020 to 2050 to meet its target of the Infrastructure gap, according to the roadmap set out by the Africa Development Bank (AfDB).

However, while this opportunity is palpable, actual deployment into the continent remains slow even though a large amount of capital has been pledged for funding infrastructure and energy investments. It does appear that there is money to be spent, however, a lack of projects or better still, not a lack of projects, but a lack of projects developed to a point where the majority of the risk has been sufficiently mitigated, is scarce. Western investors are looking to dip a toe into the African market. However, their investment mandate is restricted to investing in operational projects or, at the very least, a completely bankable solution.

Some so-called bankable projects do not get financed because most sponsors just rush to develop feasibility reports or use the term “bankable feasibility” report. Numerous reports we have reviewed at Brickstone have too many gaps, discouraging investors from investing in such projects. To give further reasoning as to why gaps usually occur in reviews of feasibility studies, the notion of what constitutes a bankable feasibility study must be understood.

The banks will decide what is bankable – after all, the bank provides the funds and should be considered as the majority owner throughout the tenure of the loan, assuming a typical 75:25 debt: equity ratio is adopted.

The lenders will aim to amend construction contract provisions that are in the owner’s (borrowers) interest, to ensure the borrower swims rather than sinks. While any feasibility study needs to describe (and challenge) the technical risks, ‘other’ risks (such as participant risk, legal risk, regulatory risk, etc.) should be covered by a risk mitigation plan for those assessed risks. Moreover, the bank will engage its team of advisors – staff specialists and/or independent advisors for technical, legal and insurance advice.

From our survey at Brickstone, countless entrepreneurs show a desire to lead in the development of infrastructure but the majority do not currently have the knowledge and capacity to demonstrate bankability, develop and execute these projects. They are unable to display in-depth knowledge to de-risk and show the viability of their large-scale projects to Institutional Investors. As a result, these Infraprenuers with mind-blowing ideas are not able to get the proper equity funding to attract the necessary loans or debt facility to fund the project.

With this bottleneck, many African investors never get their projects to move forward. Consequently, the Private Sector in the African Infrastructure space has not maximized its full potential or taken its rightful place in project development and delivery.

It is because of these issues that Brickstone Africa has set up The Brickstone Infrastructure Bankability Model which demonstrates how Lenders will assess projects holistically. There are many factors to consider in the bankability test, whether for a large or small project, however, these 3 are critical:

Brickstone considers that there is no such thing as a bankable feasibility study. Unless the terms of reference for a technical feasibility study are developed to address the key issues that are of interest to prospective lenders, then it remains likely that those lenders during their due diligence process will require additional updates in one or more fields.

Brickstone InfraLAB is a focused incubation and acceleration programme aimed at building capacity for African Entrepreneurs involved in large scale industrial and infrastructure projects in Africa. Brickstone sees the need for an Accelerator Programme to fill the gap in the infrastructure space by helping sponsors to accelerate the projects to a bankable state where investments can be sourced adequately. It is an in-depth training program for aspiring and emerging Infraprenuers seeking to be part of the Brickstone InfraLAB.

The first course in the InfraLAB programme is the Project Finance Fundamentals for Infrapreneurs. This course helps to provide the foundation for Infraprenuers to understand the heart of limited recourse financing from the point of view of a Large-Scale project. The program aims to equip and enlighten sponsors and investors with the tools to understand project development and financing life cycles.