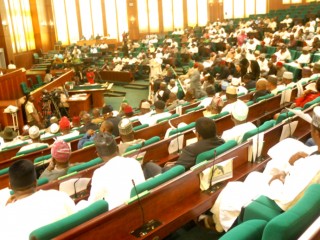 Baby factories have become increasingly rampant across Nigeria. It is a practice within illegal institutions where young people give birth to children who are then sold in the illegal adoption market. The term also refers to any place where pregnant women and young teenage girls are voluntarily or forcefully impregnated and kept illegally until their babies are born and then sold. In practice, they are usually disguised as hospitals, maternity homes, social welfare homes or orphanages.

This practice has intensified to an alarming rate across Nigeria as more women and girls are being abducted and impregnated, especially in the south, and babies being sold like commodities.

In October 2019, seven pregnant women escaped a baby factory in Lagos. In September 2019, the police rescued 19 pregnant girls and four children from baby factories in Lagos. These are just a few of the numerous cases recorded.

According to the United Nations Educational, Scientific and Cultural Organization (UNESCO), the practice is the third most common horrible crime prevalent in Nigeria.

Baby factories operate as a powerful cartel involving prominent people backing the criminal trade. These people in most cases could even include law enforcement officials, major government officeholders and top executives.

They operate under the guise of being orphanage homes, prayer homes, social welfare homes or maternity homes and clinics, thus attracting innocent teenage girls and women. In most cases, the victims find the hostels as safe havens for secretly dropping their unwanted babies for a token.

A UN report states that at least 10 babies are illegally sold every day in Nigeria. The rate at which this happens poses a great threat to national security, especially with the global rise in human organ trafficking. And despite efforts made to stop it, it is still on the rise.

Given the increasing activities of these factories across the country, the house of Representatives has called on the federal government to effectively gather intelligence and disseminate accordingly to aid the process of forestalling the activities of baby factories.

The lawmakers made this call on Tuesday, March 10, 2020, while adopting a motion by Ossy Prestige (Abia, APGA) titled “Need to Address the Menace of Baby Factories in Nigeria”.

He expressed his desire to put an end to the operations of those baby factories in order to save the helpless teen girls and ladies from the risks involved in their indulgences.

The National Agency for the Prohibition of Trafficking in Persons (NAPTIP) was also urged to increase efforts to closely monitor orphanages and maternity homes in order to prevent them from being used for criminal activities.

The lawmakers went further to urge state governments to domesticate the Child’s Rights Act so as to ensure adequate protection of children as their lives are at stake, given the increase of the heinous crime.

In his ruling, the speaker, Femi Gbajabiamila, mandated the Committee on Human Rights and Healthcare Services to ensure implementation which is the most important aspect of this call. Because without proper implementation and structures established to monitor and evaluate, the crime would continue.

With this new development, Nigerians hope that the government will exert its power into ending this issue as well as private individuals playing their role by giving necessary information on any suspected movement or dealings within their immediate environment.