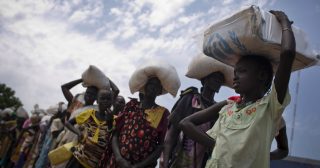 3 ways rising insecurity in Nigeria is costing the economy

Insecurity is on a rise across Nigeria. Daily reports of kidnapping, robbery, farmer- herders clashes, and insurgency thinly veiled as banditry, demonstrates the country’s deteriorating security situation. And since the state of a country’s national security and health of the economy are interrelated, Nigeria’s growing insecurity continues to have adverse effects on the economy, particularly in the areas of agriculture, human capital resource, and foreign direct investment.

Insurgency and the recent spike in banditry have crippled agricultural productivity in the country, especially in northern Nigeria. According to a report released by SBMIntel, Nigeria’s leading geopolitical intelligence platform, Nigeria may experience famine soon if production, consumption, and political-economic dynamics remain the same.

Over the last 10 years, food production has been affected by continuous conflicts between herders and farmers in the middle belt. Terrorist attacks on farmers in the northeast and bandit attacks in the northwest have led to reduced agricultural activities as many flee their farms for safety. Between 2010 – 2015, more than 62,000 farmers were displaced from their homeland.  In November 2020, Boko Haram killed over 110 farmers in Borno State. Faced with death threats and terror attacks, farmers in insecure agrarian communities are migrating to the cities to take up menial jobs.

Insecurity and other factors like climate change and decreasing agricultural land due to urbanization have driven up food prices, leading to a food inflation rate of 21.79 percent in February 2021, the highest the country has recorded since 2015. And headline inflation of 17.33 percent, marking the 18th consecutive month of rising inflation in a country where 56.5 percent of their income is spent on food.

According to the Nigerian Economic Summit Group (NESG), the biggest threat to investment in Nigeria is insecurity. Insecurity weakens investor confidence, and given the government’s feeble approach in tackling this monster, foreign direct investment will continue to decline and so will the economy.

Last month, US-based microblogging and social networking service, Twitter, announced the launch of its first-ever African office in Ghana. Given Nigeria’s population, market size, and number of internet users, Twitter’s decision to launch in Ghana surprised many. While the social media giant indicated free speech and online freedom as the basis of their decision, critics noted insecurity as a contributing factor to the company’s decision.

Recently, the Foreign, Commonwealth and Development Office (FCDO) advised British nationals against travelling to sixteen states in Nigeria. Such warnings invariably deter tourist visits from foreigners, which consequently translates to a decline in tourism-based foreign income for the country’s economy.

The new Nigerian dream is to migrate overseas, thanks to the disruption of economic activities caused by insecurity, and insecurity itself. Daily, Nigeria loses its best brains to emigration. Canada appears to be the promised land for many of Nigeria’s trained professionals. Qualified doctors, nurses, and other medical professionals are leaving the country in droves. Nigeria currently has one of the lowest doctor-patient ratios in the world – 1: 2753 – way below the standard recommendation of the World Health Organisation (WHO) of one doctor per 600 patients. Nine countries, including Nigeria, have lost more than $2billion since 2010 training doctors who then migrate.

The brain drain isn’t limited to just the health sector. The educational sector also suffers intellectual flight. Nigeria has become one of the most sought-after markets for student recruiters in major destination countries including Australia, Canada, China, Ireland, the US, and the UK. Along with Ghana, Nigeria’s outbound student mobility greatly exceeds that of other African markets. ICEF Monitor identifies Nigeria as one of the most important student sending markets in the world. Fees paid by Nigerian parents to educate their children in the UK surpasses the federal government’s yearly budget of $750 million. It is estimated that Nigerians spent between $423 million to $152 billion schooling overseas in 2017.