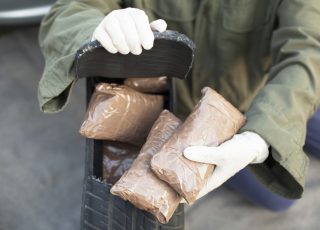 Olusegun Obasanjo, the former president of Nigeria is calling on West African governments to overhaul their drug laws by decriminalizing personal use and prioritizing treatment as a response to rising substance abuse in the region. According to him, the presence and use of drugs are constantly on the rise despite strict laws and countries that once served as transit points for trade are now active consumer markets, even producers.

“All of us in West Africa know now that drugs are not just in transit through our countries. Our youth are becoming more and more consumers, even some form of drugs are being produced,” Obasanjo told Reuters in an interview in Senegal yesterday. The former president was only making emphasis on what his organization, the West Africa Commission on Drugs (WACD), has been addressing for the last four years.

In a 2014 report titled, Not Just in Transit: Drugs, the State and Society in West Africa, WACD noted that West Africa has become a producer and exporter of synthetic drugs like amphetamine-type stimulants and opined that the growing presence of such drugs and drug money, risks undermining the economic and political stability achieved by countries in the region that have only recently emerged from years of conflict and violence.

The WACD and Obasanjo’s stance on the issue of drug policies is nothing strange; governments all over the world are increasingly adopting more liberal drug policies like legalising marijuana and decriminalising drugs such as cocaine and the likes. Portugal, Canada, The Netherlands and a host of other countries have decriminalized drug use and legalised marijuana for medical and recreational purposes.

Leading global medical, public health and human rights organisations like the International Red Cross, World Health Organization (WHO), the American Public Health Association, and the United Nations (UN) have also endorsed drug decriminalisation. In June 2017, the UN and WHO, in a joint statement, called for drug decriminalisation and expressed their support for countries who have adopted more liberal policies and those reviewing their strict laws that criminalize drug use.

But why the increasing shift towards liberal drug laws? Does a liberal drug policy help solve drug-related problems? To a large extent, yes. Countries like Portugal that have adopted liberal drug laws have reported less rate of drug-related deaths and a continuous decrease in the number of drug-related HIV infections and Aids cases. While drug use remains illegal in these countries, the offence becomes an administrative one rather than criminal; offenders are educated and treated, not sent to prison.

“We have concluded that drug use must be regarded primarily as a public health problem. Drug users need help, not punishment… Experience shows that criminalisation of drug use worsens health and social problems, puts huge pressures on the criminal justice system and incites corruption,” says the 2014 report of WACD.

For decades, strict laws on drug use have been the norm and it has solved little to nothing. If anything, it bolsters drug trafficking, promotes social stigmatisation, overcrowds prisons and consequently hardens offenders (criminals) that otherwise should have been reformed. Hence a more informed and constructive approach – decriminalisation.

In addition to the health and social benefits, decriminalising drugs creates a regulated economy. The drug market can be regulated and taxed, turning a dangerous black market into a legitimate financial one where profit made can be redirected into the health system where it is needed to help cater to those suffering from drug addiction.

The war on drugs has failed globally; adopting an approach that is health-based and educational on users, but absolutely strict on traffickers is the way forward. Like the late Kofi Annan said in a speech once, drugs have destroyed many people, but wrong government policies have destroyed many more.