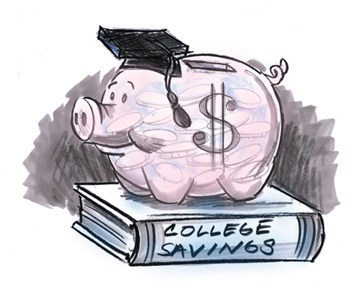 Who Should Pay For Higher Education?

Basic education, which is suppossedly free in Nigeria ends at the junior secondary school – the first 9 years of schooling. Privately owned schools on their parts are not free and it could be argued that the free education offered in the publicly owned schools is not of high qualitative value compared to the paid ones. At the basic education level, the primary benefit of learning is directly to the student. The lettered citizen will be able to conform reasonably well to the demands of the 21st century society without being a societal misfit. This is perhaps government’s motivation for paying for basic education, especially when cost could have been a hindrance.

Beyond the basic level, the next years of schooling, three spent at the senior secondary level and then at least two years at the post-secondary level molds a learner into a professional in his chosen career. Presently, post-secondary education has become elusive to many citizens for various reasons. These reasons usually include cost and inadequate spaces at the schools. The cost factor is especially worrisome given that many institutions are publicly owned either by a state or the federal government and attended mostly by students from non-high income earning households. As such, these institutions do not usually charge high fees compared to the privately owned ones mostly attended by learners from more affluent households. The low earning capacity of the publicly owned institutions from low student’s tuition coupled with inadequate funding from the government exposes them to the plague of funding crises. The quality of learning from such poorly funded schools will no doubt impact negatively on the job such students take on. I cannot fully address the need for increased government funding for publicly owned institutions in this piece. However, I find a probable funding source for these institutions in the student’s potential employers.

I can boldly posit that poor quality of education is detrimental for productivity in the job market. Furthermore, such an unproductive job market is injurious to the economy. The extent to which one may argue on the danger of poor education to the overall society is a food for thought for readers of this article. The question at this moment is, “should employers then, go all the way to pay for quality education for students especially at the post-secondary level?” Professor Will Roberts and six other professors at McGill University in Quebec, Canada who recently wrote a newspaper opinion in solidarity with their striking students will answer this question in the affirmative. They argued that the university is no more than a training ground that employers are lucky enough to get employees to pay for1. The employees in this case are the students of the today who will no doubt become employees after they graduate. Technically, students are already on the job, they argued.

My answer to the question is also, “Yes, employers should start taking responsibilities in the funding of higher education in Nigeria”. If poorly educated graduates are continually produced, employers bear the brunt; well-educated graduates are the employers’ gain. Presently, top employers with deep pocket in Nigeria already re-train graduates before they are hired. For example, the Dangotes Industries established the Dangote Academy, which re-train graduates for 12 months before they are employed. According to Haruna Adinoyi, the head of the academy, “…most of our graduates are not employable”2. Nigeria’s largest oil corporation, Shell also run similar 12 months program called the Shell Intensive Training Program (SITP) for fresh graduates before they can be considered for employment. These are organizations, which are obviously established to maximize profit. Therefore, they would have preferred to transmit the money spent on these re-trainings into their annual profit balance, if it were not necessary and crucial for their successful operations.

To summarize and close, if quality education is important for quality job performance and by extension the economy; if majority of students in our higher educational institutions are largely unable to access quality education; if this lack of quality is partly but significantly hinged on poor funding occasioned by low earning by the public institutions, perhaps employers, particularly the ones with deep pockets who are major beneficiaries of education should consider paying for higher education.

In my next article, I will discuss ways that employers (organizations, corporations, etc) should pay for higher education in Nigeria. Meanwhile, why don’t you leave your opinion/feedback below?