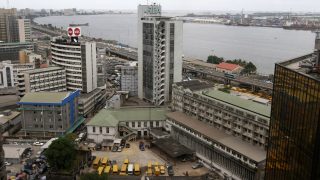 What we know about Israel’s bilateral trade agreement with UAE

On Sunday, Israel reached a bilateral agreement with the United Arab Emirates (UAE) to provide incentives and protection to investors dealing with each country.

Under the deal, investors would be protected from arbitrary changes in regulation and political situations and will be able to transfer funds out of the country, thereby putting investors’ minds at ease.

In a statement made by UAE finance ministry, the agreement would protect investments from non-commercial risks such as “nationalisation, confiscation, judicial seizures, freezing assets, establishing licensed investments, and transferring profits and revenues in convertible currencies.”

UAE and Israel have always had a cordial relationship. However, the countries’ informal relations improved considerably and began engaging in extensive unofficial cooperation based on their joint opposition to Iran’s nuclear program and regional influence

The agreement is one of the first between the UAE and Israel after both countries agreed to normalise relations in August. It is also the first such agreement Israel has forged with an Arab country and will become the 37th such treaty for Israel, with the 36 others mainly Western countries. The last was signed with Japan in 2017.

Prior to the bilateral agreement announced on Sunday, UAE and Israel reached a preliminary agreement on a separate deal last week, that would avoid double taxation for both countries. This is to prevent similar taxes being imposed by two countries on the same taxpayer, as well as the exchange of goods, services and capital

In September also, both countries signed a peace deal that will allow business relations, tourism, direct flights, scientific cooperation, and, in time, full diplomatic ties at the ambassadorial level.

The UAE has signed 99 investment protection treaties with various countries so far. However, the new agreement with Israel would strengthen economic ties, encourage competition and increase the attractiveness of investments between the two countries.