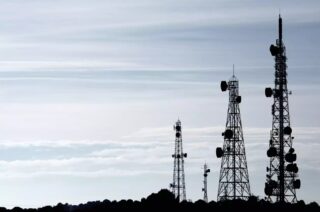 Weekly Economic Index: Competition for Safaricom, salary increase in Ghana, and a gloomy future for SSA

Competition for Safaricom in Kenya

For years, mobile network provider, Safaricom, has dominated the telecoms market in East Africa’s most technologically advanced country, Kenya. Now, it has not one but two new viable competitors entering the telecoms space in Kenya. Earlier this year, Canadian-based telecom Iristel announced its decision to fully venture into Kenya, after operating under Safaricom for years. However, Safaricom has legally contested Iristel’s entry into Kenya. Safaricom alleged that Iristel intends to engage in SIM boxing which would be a threat to national security.

Elon Musk’s Starlink also announced plans to launch its service in Kenya in the second quarter of 2023. Starlink currently provides satellite internet access to users in 45 countries and plans to roll out mobile phone coverage after 2023. Currently, Kenya records one of the highest internet penetrations in Africa, at 42% and counting. This makes it a good investment for internet service providers. Both entries signal new, well-heeled competition for internet service providers, especially Safaricom.

A gloomy future for Sub-Saharan economies

The World Bank has predicted a gloomy year for every Sub-Saharan country, one that is more distressing than its prediction for the global economy. According to the 2023 global economic prospects report released by the bank, “Sub-Saharan Africa which accounts for about 60% of the world’s extremely poor growth in per capita income over 2023-24 is expected to average just 1.2%, a rate that could cause poverty rates to rise, not fall.”

Every country’s economy is projected to perform worse than it did last year, including Africa’s richest country, Nigeria. The world bank has projected that Nigeria’s economy would slow to 2.9% in 2023 and remain on that thread till 2024. This projection is based on the country’s weak oil performance, with issues like insecurity, external factors, and moderation in oil prices expected to stifle the performance of Nigeria’s most lucrative sector. Another major economy that is expected to take a hit is, Kenya. The world bank has reduced the projected growth for Kenya’s economy from 5.5% projection last year, to 5.0%. The world bank’s economic forecast can only be described as an impending recession in 2023.

A government for the people?

The Ghanaian government in conjunction with trade unions is set to increase the salaries of all public servants by 30% this year. This announcement comes amid the country’s struggles to reduce debt and tackle rampant inflation. Interestingly, the negotiations that led to this decision began in November 2022, in the middle of Ghana’s numerous financial crises. Following the negotiations, the country’s trade union representing public service employees, and the Ghanaian government agreed on a 30% pay raise for public employees.