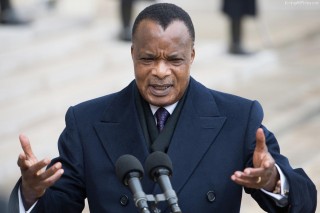 Congo referendum voting results have been released and they show that 92% of the voters have approved a change in the constitution which would enable Sassou Nguesso get a third term in office. 72 percent of eligible voters were reported to have voted by Congo’s electoral commission, with 92% of them voting ‘yes’ to the referendum. According to reports, 1.2 million people voted ‘yes’ while 102,000 voted ‘no’.

On the back of yesterday’s report, opposition leaders claim the results of this referendum should be annulled due to the low turnout of voters, claiming the results are fabricated. They opposition leaders originally advised the citizens of Congo not to turn out for the voting exercise, and it appears the people listened. Only 102,000 people voted against the referendum.

Now, all signs point to a third term for Sassou Nguesso, that is, another 7 years of his rule. This will put him in the league of other African presidents with third terms in office, such as Paul Kagame of Rwanda, and Pierre Nkurunziza of Burundi.