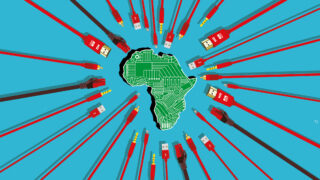 Top 10 investors in African startups in 2022

A digital tech boom is happening across Africa. Rather than wait for traditional solutions, African entrepreneurs are using technology to digitise traditional industries such as banking, health, education, agriculture, etc. And even though the industry is still in its early days, it has made indelible progress.

Last year, the global economy struggled. As a result, global startup funding was slow. In the third quarter of 2022, funding declined by 55 per cent year-on-year. Many will also remember 2022 as the year of mass layoffs. However, African startups maintained their upward trend despite this slowdown. Data from Africa: the Big Deal shows that African startups raised more than $4.85 billion by the end of December, a 4.75 per cent increase over the same period last year.

But it’s also pertinent to know where this liquidity is coming from. Foreign investors have been dominant contributors to Africa’s numbers since 2015. And from last year’s data, we see that even a tech winter did not stop them from deploying capital to the continent.

Here are the top 10 investors in African startups by the number of deals closed in 2022.

Launch Africa was the most active investor in African startups for a consecutive year. The Mauritius-based VC closed 60 deals in 2022, averaging more than one deal every week. After backing market leaders like Kuda and MarketForce, the VC has been aggressively spreading its bets among pre-seed, seed and series-A startups across Africa.

Tied at the top spot with Launch Africa, Google is also making giant strides in African technology. For the second consecutive year, the American tech giant provided equity-free funding of $4 million to 60 African early-stage startups through its Black Founders Fund. Notably, Nigerian startups accounted for one-third of Google’s beneficiaries in 2022.

Y Combinator, a US-based seed-stage accelerator, is a household name in Africa’s startup space. Its portfolio contains many popular startups, such as Flutterwave, Wave, Union54 and Releaf. 2022. And last year, Y Combinator intensified its participation in Africa. Aside from closing 43 deals, it also increased its standard deal size to $500,000 from $125,000.

Techstars has been active in Africa since 2015 when it first invested in MAX, a mobility startup. Since then, it has provided seed funding to over many more startups, including Quidax, and AltSchool. But 2022, when Techstars closed 39 deals, was its most active year on the continent. It was also the year the accelerator set up shop in Lagos, Nigeria.

Since 2011, LoftyInc has invested made over 160 deals on the continent, including many stand-out names like Flutterwave and Andela. The Pan-African VC closed 34 deals in 2022, making it the fifth-most active investor for the year. The firm also closed its third fund at $14.3 million last year, so it will likely close even more deals in 2023.

Flat6Labs, an Egyptian accelerator, comes in at sixth place among Africa’s top investors. The firm had 28 deals in 2022. Flat6labs invests in startups in the Middle East and North Africa Region and has active seed funds in Egypt and a sister fund in Tunisia.

Ventures Platform has made over 60 investments since its launch in 2016. Marketforce, Mono, PiggyVest, RelianceHMO and Nomba are some notable names on its portfolio. In 2022, it was the seventh-most active investor in Africa’s startup ecosystem with 20 deals. But Ventures Platform will likely beat this number this year because it recently closed a $46 million fund.

The Government of Canada (20 deals)

The Government of Canada is a newcomer to the top ten investor list, having closed 20 deals in 2022. Last January, FinDev Canada –- Canada’s development finance institution –-  invested $13 million in the Energy Entrepreneurs Growth Fund (EEGF), which invests in early and growth-stage energy startups in Sub-Saharan Africa.

Founders Factory Africa closed 18 deals in 2022, ranking it ninth among Africa’s top investors. The Johannesburg-based venture firm has invested in many well-known startups such as BuuPass, Zuri Health and Zazuu.

Plug and Play rounds up the top ten investors ranking, tied with Founders Factory at 18 deals. The Silicon Valley-based VC firm entered the African market in 2020 by opening an office in Johannesburg. And since then, it has been one of Africa’s most active startup investors.