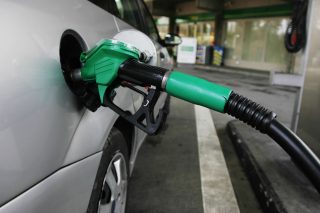 In the last 3 months, there have been a number of speculations around a fuel price hike and removal of the controversial petrol subsidy system. This is one of the reasons why the latest change in prices comes as no surprise.

According to Africanews, the cost of fuel at the pump has risen by around 15% in recent days, hitting a record high of 162 Naira per litre ($0.42), after the government implemented deregulation.

On Friday, 13th November 2020, reports surfaced online about a hike in the price of petrol and it has since put people into a frenzy as they stock up in preparation of an impending fuel scarcity.

We look at some of the ways this development could affect Nigerians, taking factors such as pre existing challenges into consideration.

In some parts of the country, traffic is already a day-to-day challenge, and with possible fuel scarcity, this might escalate. In Lagos for instance, where a large population of the workforce spend at least two hours commuting, that duration could triple. This will mainly be caused by queues at filling stations.

When there is a fuel hike, filling stations are mostly filled with cars and people. Most often, these queues extend out of the filling stations and into roads. If people are no longer able to commute easily, it would adversely affect productivity and output.

Increase in cost of production

Electricity still remains one of the biggest issues plaguing Africa’s most populous nation. According to Nigeria energy sector overview, Nigeria has the potential to generate 12,522 MW of electricity but currently generates 4,000 MW. With this, it is evident that the demand for power supply surpasses demand.

The Daily Maverick also reveals that there are about 22-60 million small domestic users of petrol and diesel generators in Nigeria. The price hike is likely to threaten this as Nigerians already spend about $12 billion each year on the purchase and maintenance of petroleum generators.

Examining the situation, there is bound to be an increase in the cost of production, thereby leading to an increase in the price of commodities. One marker for this is a statement attributed to Mr. Abbas Olusola-Alabi, Chairman of Iyanoba Yam-Plantain-Orange Distributors Association in Lagos State while speaking with the News Agency of Nigeria (NAN).

“For months now, our overhead cost has been depilating our profits, making it cumbersome for us to make even; the measure will make transporters to increase their service charge well above what is expected for they have been longing for such,” he said in a Guardian News report. “The latest addition in fuel price will compel produce distributors to increase prices of items above the ceiling placed by the association per item to remain in business.”

In a country where 40 percent of its citizens live below the poverty line, the recent hike in petrol prices will only add to the hardship  people already face. The prices of basic amenities will continue to go up, influencing the cost of living for individuals and families, and also running costs for businesses.

It is therefore critical for the government to address this urgently. Also, if the increase in fuel prices affects the daily lives of Nigerians, it is only fair for minimum wage to increase as well as reduced tax for businesses.