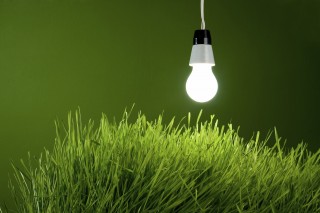 Virtualized 2G: The smarter way to address present challenges and prepare for a 4G future

The Nigerian communications industry faces enormous challenges which have curtailed its growth for quite some time. The growth will continue to be hampered unless and until these problems are addressed at the earliest. The good news is that there are technologies available which can empower the telcos to address these challenges adequately.

Shortage of power is one of the critical issues faced by the telcos in the country. It is because of this that the service providers are forced to use generators on a regular basis, which increases their operational expenditure.

Increasing competition from Over-the-Top (OTT) players further makes the going tough for the telecom service providers. Fierce competition in the market means that the telcos are often forced to provide services at much lower costs to their subscribers.

What Got You Here Will Not Take You Ahead

Essentially, the service providers need a new approach to be more profitable and to be in a position to provide newer and innovative services to its customers. A key reason for these problems is that more often than not the telcos try to imitate the successful strategies in developed countries. This approach is usually counterproductive because the reality and challenges of a developing country like Nigeria are different from those in a developed nation/region. So the network strategies also need to be different. What works in a developed nation is unlikely to be successful here.

Long-term and sustainable growth demands that the largest telecom market in the continent adopt some new approaches to continue to grow. Automation and cloud can help the service providers to bring down their expenditure. Alternate sources of energy, including solar and wind, can also go a long way to reduce the expense of the service providers. A smaller form factor, which is not just easy to install but also has self-optimizing and self-healing capabilities will also help the telcos reduce the network deployment cost.

Virtualization To The Rescue

However, more than the above-mentioned approaches is virtualization which promises to significantly bring down the cost of network deployment and management for the telcos. The technology concept is becoming popular with telcos across the globe to enhance their operational efficiency while at the same time bringing down their network management cost. Dependence on hardware-centric network architecture models needs to give way to software dependent network deployment strategies.

Virtualization allows the telcos to deploy 2G and quickly move to 3G or 4G as the market matures. The 2G technology continues to be relevant in this part of the world. Limited spending capacity, low literacy and a basic knowledge of ICT mean that the subscribers still use feature phones and essential services only. All this means that the 2G technology is likely to record growth in the next few years.

However, the telcos are reluctant to deploy 2G because it is not easily upgradeable to the future cellular technologies. However, the virtualized 2G resolves this problem. In fact, it is so easy to upgrade to newer technology that it might not even require an engineer on site.

The technology also ensures that fewer base stations are required to cover the same area leading to reduced consumption of power and decreased expenditure for the telcos. This approach leverages the concept of Network Functions Virtualization (NFV) and Software Defined Networking (SDN), and makes it easier for the telcos to expand in the rural market and bridge the digital divide leading to overall inclusive growth. It allows them to add new subscribers who will eventually move to 4G and beyond.

Besides, the solution doesn’t require any cooling or shelter, thus allowing telcos to save and bring down their expenditure. Being software-centric, the solution enables the service providers to add agility and flexibility to the network, making it easier to launch newer innovative products and services in the market.

The telcos need to think out-of-the-box to find solutions to their problems. Virtualized 2G solution will enable the telcos to meet the current demands of their subscribers even as they prepare the networks for upcoming technologies of the future. It is a win-win solution for all the players in the ecosystem.