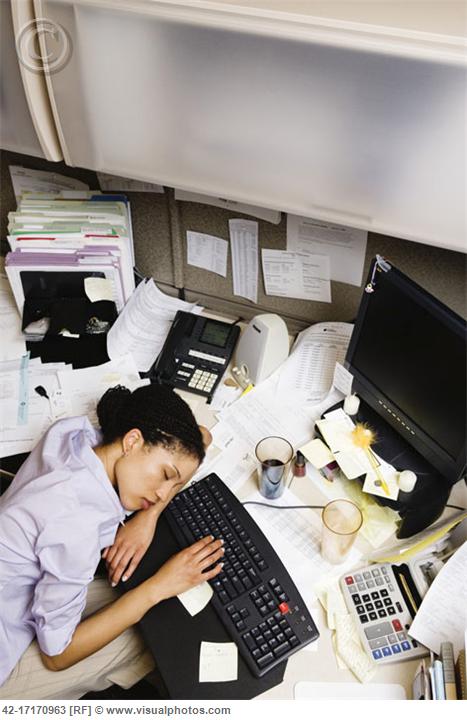 Sleep: Too Little or Too Much?

A medical student that I know doesn’t go to bed until the clock chimes at 1 a.m. and she’s up before the cock crows at 4 a.m. Bankers too come home late in the evening – sometimes in the wee hours, only to dash out before daybreak. Even successful business moguls have very short sleep duration. One of such is Africa’s richest man, Aliko Dangote, who said that he doesn’t sleep before 2 a.m. and he’s up by six in the morning. The list also includes petty traders in competitive commercial centers and medical practitioners like me who sometimes spend 48 hours without baiting an eyelid.

Successful captains of businesses, political leaders, motivational speakers and religious leaders frequently recommend shorter sleep duration for their protégés. According to them, the night gives serious people time to accomplish what they couldn’t accomplish at daylight. These are some of the reasons why the present generation is one that doesn’t sleep much. Even when they “sleep”, an alarm clock – digital or analogue, is nearby. Sleeping has become a luxury instead of a necessity since it has effects on processes that are central to human existence.

Adequate sleep has been found to enhance wound healing especially of burns; it also enhances the immune system. Sleep has protective effects on the brain, and plays positive contributory roles in growth, height and weight. It has restorative functions in addition to rejuvenation and revitalization. But the question remains: “How many hours of sleep is enough?” The answer isn’t that simple considering the various systems that are involved.

Circadian clock and sleep-wake homeostasis regulate sleep timing with the aid of willed behaviors. The clock tells the body when to sleep. Another factor is homeostatic sleep propensity. It describes the need for sleep as a function of the amount of time elapsed since adequate sleep episode, which must be balanced against the circadian element for satisfactory sleep.

We also need to understand how the body has been programmed to wake up (awakening). This is primarily determined by circadian rhythm. People that wake up early (let’s say four in the morning), will usually not be able to sleep beyond four even though they are sleep deprived. Sleep duration also has hereditary inputs. There is a gene called DEC2, people who have a defect in the gene usually sleep two hours less than normal.

The timing of sleep is more important that the duration because sleep is often inefficient and inadequate when it occurs at the wrong time of the day. The scientifically right time to sleep is six hours before the body gets to its minimum temperature. This is not to suggest that people should go around with thermometers, but to justify the assertion that sleep duration is a personal issue. However, there are two features that could help individuals confirm they aren’t getting enough sleep: daytime sleepiness (dozing and yawning at work) and dysfunction (impaired coordination and lack of concentration).

A study of one million people found that people who live longest self-report sleeping for 6 – 7 hours every night while other studies showed sleeping more than 7 – 8 hours per day has been consistently associated with increased mortality although other factors such as depression and socioeconomic status are suggested to be responsible.

It has also been suggested that the correlation between lower sleep hours and reduced morbidity only occurs with those who wake naturally, rather than those who use an alarm because intentional/unintentional lack of sleep more than doubles the risk of death from cardiovascular disease and it’s a risk factor for hypertension, weight gain and diabetes. However, no potential mechanisms by which much sleep could be associated with increased mortality have been described.

Hence if you are not depressed, poor or on drugs, you can sleep all you want. But if your sleep is often interrupted by the alarm, there is need to pay up the accumulated sleep debt and allow the body’s alarm system – circadian clock – to regain control. No sleep is too much because the body will wake up when it has gotten sufficient sleep, but anything below six hours is too small for all ages.