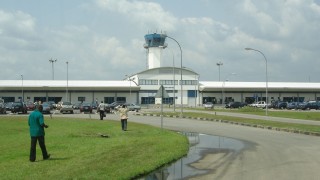 Oil and gas giant, Shell Petroleum Development Company (SPDC) has sold its multi billion Naira airport in Warri, Delta State, to an indigenous energy and infrastructure company, Shoreline Energy International Limited. This is part of its divestment plans and an ongoing review of operations in the eastern Niger Delta region of the country.

“This does not mean we are reducing our investments in Nigeria. What we have invested in Nigeria in recent years has exceeded the divestment of our interests in the eastern Niger Delta. It is just part of the review of our business portfolio,” A spokesperson for Shell, Mr. Bamidele Odugbesan told local newspaper, Punch.

After weak refining margins and crude oil theft in Nigeria forced the profit of Europe’s largest oil company to fall, the company announced in 2013 that it would sell $30billion worth of assets of its company in Nigeria starting from its Niger Delta assets.