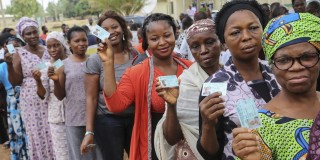 Menstrual leave is a type of leave where a woman may have the option to take paid or unpaid leave from her employment if she is menstruating and is unable to go to work because of this. The concept of menstrual leave began in Japan in the early 20th century.

In the 1920s, Japanese labour unions started to demand leave (seiri kyuka) for their female workers. In 1947, a law was brought into force by the Japanese Labor Standards that allowed menstruating women to take days off work. Menstrual leave has been adopted by countries such as South Korea, Taiwan, Japan and the United Kingdom amongst others, to ensure productivity and sound health of the workforce.

In 2007, Nike also included menstrual leave in their Code of Conduct and implemented it around the globe wherever they operate. Nike obliges the business partners to follow the code principles by signing Memorandum of Understanding. Coexist, a community interest firm in Bristol introduced a ‘Period Policy’ in an effort to give women more flexibility and ‘create a happier and healthier working environment’. It has a largely female workforce and believes tapping into employees’ natural cycles will benefit everyone.

According to the NHS, studies suggest 90 percent of women experience period pain and around 20 percent described their pain as moderate while 2 percent say it is severe. Another study claims 14 percent of women are frequently unable to work because of the pain.

Period pain occurs when the muscular wall of the womb tightens (contracts). During your period, the wall of the womb starts to contract more vigorously to encourage the womb lining to shed away as part of your monthly period. When the muscular wall of the womb contracts, it compresses the blood vessels lining your womb. This temporarily cuts off the blood supply – and hence oxygen supply – to your womb. Without oxygen, the tissues in your womb release chemicals that trigger pain. While your body is releasing these pain-triggering chemicals, it’s also producing other chemicals called prostaglandins. These encourage the womb muscles to contract more, further increasing the level of pain.

Mrs Tolu Olusemire, a civil servant, said, “This is a very good idea because many of us women have to take painkillers to survive the cycle while working and that is bad for our health.”

Mrs Rebecca Odey, the owner of Bella Spa, said she had to leave her job because her cycles posed a threat to her performance. “I worked as a financial analyst for a private firm once, but I had to always skip work for a few days because of the pain I experienced during my cycles.

“It was really affecting my performance and reputation in the office and felt terrible about my inability to deliver to the best of my ability. I began taking an overdose of painkillers because the normal dosage was not helping, but after a while, the medications caused me to have ovarian cysts on both of my ovaries.

“They were surgically removed and my doctor asked me to stop taking pain killers so I decided to quit my job and start a small business. As a business woman, I see the importance of women resting during their periods and I currently allow my employees to take time off but I don’t let it exceed three days,” she said.

Some Asian countries where menstrual leave policies exist in, include Indonesia, under the Labor Act of 1948, women have a right to two days of menstrual leave per month. Japan, Article 68 of the Labour Standards Law states “When a woman for whom work during menstrual periods would be especially difficult has requested leave, the employer shall not employ such woman on days of the menstrual period.” While Japanese law requires that a woman going through especially difficult menstruation be allowed to take leave, it does not require companies to provide paid leave or extra pay for women who choose to work during menstruation.

In South Korea, not only are female employees entitled to menstrual leave according to the Article 71 of the Labour Standards Law, they are also ensured additional pay if they do not take the menstrual leave that they are entitled to. Taiwan, the Act of Gender Equality in Employment gives women three days of “menstrual leave” per year, which will not be calculated toward the 30 days of “common sick leave”, giving women up to 33 days of “health-related leaves” per year. The extra three days do not come with half-pays once a woman employee exceeds the regulated 30.

The Nigerian government should look to enact a law allowing for menstrual leave because this is not about employees taking more time off but working more flexibly and efficiently around their menstrual cycle and encouraging a work-life balance.