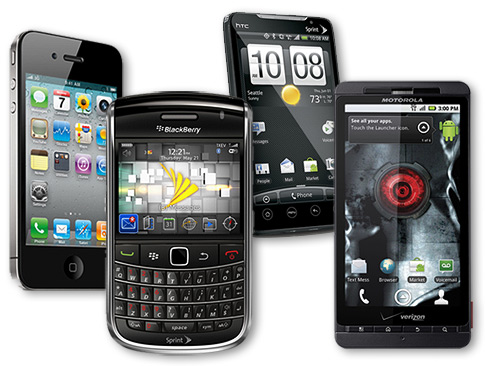 Internet penetration in Africa has been gathering pace over the last half-decade, as the continent seeks to close ICT gap with the western world. To further confirm this trend, three African countries have made the world’s top 25 countries by internet users (2013 – 2018), as new data from market research firm eMarketer show that the world would have 2.89 billion internet users by the end of 2014. This growth is expected to continue over the next five years.

The United Nations International Telecommunication Union (ITU), also projects that the number of internet users in the world will increase to 3 billion by the end of 2014.

Mobile penetration in Africa has grown more than 80 percent, according to a report by TA Telecoms. Researchers have also predicted that internet use on mobile phones in Africa will increase 20-fold in the next five years.

“Inexpensive mobile phones and mobile broadband connections are driving Internet access and usage in countries where fixed internet has been out of reach for consumers, whether that’s due to lack of infrastructure or affordability,” said Monica Peart, senior forecasting analyst at eMarketer.

According to her, while growth in developed markets is saturated, there is still room for growth in Africa and other emerging markets.

“The rise of cheap smartphones will allow vast portions of the population – from middle classes in cities to small businesses in rural areas – access to mobile broadband,” said Fredrik Jejdling, sub-Saharan Africa head of Swedish tech company Ericsson in a recent report by the company.

“Sub-Saharan Africa is currently undergoing a mobile digital revolution with consumers, networks and even media companies wakening up the possibilities of 3G and 4G technology,” Jejdling added. Mobile subscriptions are growing fast in sub-Saharan Africa, with Nigeria, South Africa, Kenya, the Democratic Republic of the Congo and Ghana leading the subregion. The report predicts this will rise to about 930 million by late 2019, with three in four mobile subscriptions at the time to be internet inclusive.

Head of World Wide Worx, Arthur Goldstuck, a technology research and strategy organisation in Johannesburg noted that demand for devices have increased in recent times. He added that lower specification feature phones that can access the internet are available for less than $20. He said smartphones will drop below $40 in the next few years.

Organisations committed to digitalising the world

Tech companies are working hard on getting people online, with Africa one of their primary focus. Nonprofit Internet.org is working on providing free data to parts of Zambia. Facebook founder and CEO Mark Zuckerberg launched the organization, along with support from other tech companies like Ericcson, Nokia, Qualcomm and Samsung.

Earlier in the year, Google sources told UK’s online news platform, Daily Mail, that the company was launching a fleet of 180 satellites to provide web access for the remaining people without internet in the world. Another project by the search engine giant, called Project Loon, is also designing high-altitude balloons that will provide broadband service to remote parts of the world.

Internet usage is growing in Africa, but more needs to be done

South Africa, with an IDI value of 4.42, falls below the global average. This indicates that despite the large usage of internet in South Africa, the country is still not effectively developing its ICT.

Mauritius, Seychelles, South Africa and Cape Verde are the only African countries in the top 100 of the IDI 2013. Nigeria, the region’s most populous country and largest economy, ranks 133rd in the IDI 2013, with an IDI value of 2.35

Several African countries seem to be on the right path, with heavy investment in building infrastructure in the ICT sector improving quality and access to the internet.