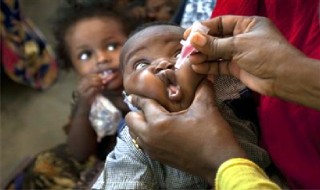 Nigeria has come a long way in the fight against polio

On September 25, 2015, the World Health Organization (WHO) declared that polio is no longer prevalent in Nigeria. This is a vast improvement from 2012, when it was reported that the country accounted for over 50 percent of polio cases across the globe. But, since July 2014, Nigeria has not recounted a new case of wild polio virus as against the 62 cases that were recorded in 2011.

Poliomyelitis (polio) is caused by a deadly and infectious virus which invades a person’s brain and spinal cord causing paralysis. In 2006, Nigeria accounted for over a thousand cases of polio which ranked it alongside Pakistan and Afghanistan as endemic countries.

With over 90 percent of polio cases, northern Nigeria accounted for the highest number of victims. Therefore it was a source of major concern when rumors began to circulate in 2003, that polio vaccine contained HIV/AIDS virus and anti-fertility substances. With these unconfirmed reports, most Northerners began to boycott polio vaccination, which caused the spread of polio to other countries which had previously been declared polio free.

The Global Polio Eradication Initiative (GPEI) launched an educative campaign on polio in conjunction with Organization of Islamic countries (OIC), in order to stop the polio vaccine boycott. Eventually, communities in the northern states allowed their children to be vaccinated.

However, there was another setback in 2013, when Boko Haram reportedly killed nine women who were vaccinating children against polio. The women were looking for the children that did not attend the four-day vaccination drive. After this unfortunate occurrence, the federal government and other international and local Non-Governmental Organizations (NGO) further intensified their efforts towards eradicating polio, especially in the Northern states.

The government increased the number of vaccinators and declared polio as a national health emergency. Community and religious leaders started sensitizing people and as a result, the number of children immunized improved greatly. The turning point for Nigeria came in 2014, with only 6 polio cases recorded in the north, compared to the 53 that were recorded the previous year.

While Nigeria has made a notable progress in its fight against polio, the country is still under WHO’s surveillance to ensure that the virus does not return. Nigeria will be issued the certification of polio eradication in 3 years if no other case of wild polio virus is recorded.

Nigeria’s partnership with agencies like World Health Organization (WHO), United Nations Children’s Fund (UNCF), Bill and Melinda Gates Foundation and over 200,000 volunteers has made it possible for the country to win its fight against polio.