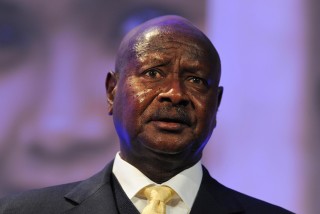 Owing to the alarming and increasing rate of crime in Uganda, President Yoweri Museveni is implementing a nine-point security master plan that includes the collection of DNA of all Ugandans amongst other things. The 73-year-old made the announcement during a special address to the Ugandan parliament last week where he also accused members of the security forces of conniving with criminals.

“Negligence and even collusion with the criminals by some elements in the security forces have been part of the problem. If you analyze recent murders there are always clues that sometimes are not followed,” Museveni said during the address.

In the past few years, there has been a surge in the rate of unresolved criminal activities; kidnappings, rape, and the assassination of high profile individuals in Uganda. The most recent being the assassination of a minister of parliament, Ibrahim Abiriga and his brother a UPDF soldier who doubled as his bodyguard early this month near his home in a suburb of Kampala.

The MP’s assassination is reminiscent of last year’s killings of a senior police officer and at least a score of women whose bodies were dumped on roadsides in Kampala. Apart from the high-profile killings, there have been rampant cases of rape and killing of women in Uganda with many incarcerated suspects been freed for lack of evidence.

According to Museveni, in addition to the collection of DNA samples from the entire population to facilitate the identification of suspects, all guns must be fingerprinted, motor vehicles and motorcycles would be required to buy electronic license plates and the police would also be provided with drones to help track down criminals. “This will enable us to know which vehicles or motorcycles were in which area if a crime is committed in different areas,” he said.

Other measures announced by Museveni include the construction of a modern forensic laboratory, installation of CCTV cameras on all roads, streets, highways, and enforcing a quick response to the crime scene by reviving the police 999 hotline and revamping the police flying squad.

Although Uganda had dealt with issues of insecurity in the past, it is difficult to ascertain whether the country is more unsafe now than back then, especially with the rumoured involvement of members of the security force in this new wave of criminal activities. Just a week ago, an army general, Kale Kayihura, was arrested and detained in connection with the murder of a police officer last year.

This consequently results in a major challenge facing the country’s security forces and Museveni’s master plan, which is to win and restore the public’s confidence in the various security agencies to cooperate with them in the fight against crime. Because currently, Ugandans fear giving information to the police since it is infiltrated by criminals. It also does not help that that police has failed to issue an annual crime report since 2013.