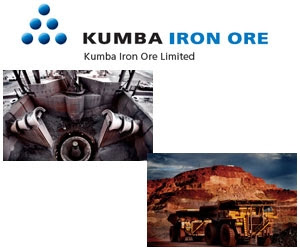 Kumba Iron Ore is to continue to supply ArcelorMittal South Africa with ore from its Sishen mine at below market rates until the end of the year, with a dispute between the two companies over pricing still rumbling on.

The dispute arose after ArcelorMittal allowed a mining right at the Sishen mine to lapse, with Kumba, a unit of Anglo American, arguing that it therefore was no longer required to sell the company 6.25 million tonnes of iron ore a year at a discounted price of production costs plus 3 percent. ArcelorMittal insisted that the discount supply agreement still stood. An interim supply accord reached in 2010 and extended in May last year, expired on July 31 this year, but the companies have now come to an agreement for the continued supply while they wrangle over price.

Kumba said in a statement that it would provide a maximum of 1.5 million metric tonnes to ArcelorMittal at $50 a tonne for its Saldanha plant and $70 a tonne for its inland plants until the end of the year. The companies remain locked in talks over the terms of the supply beyond December 31, with the South African Department of Trade and Industry acting as mediators. They are also awaiting the finalisation of an arbitration hearing. “This supply is in settlement of ArcelorMittal South Africa’s historic shortfall entitlement,” Kumba said in its statement.

ArcelorMittal remains confident that the arbitration will rule in its favour. It already paid more than $132.22 million more for iron ore in 2011 due to the dispute. Kumba is holding out for market prices for its ore, though the dispute still rumbles on.