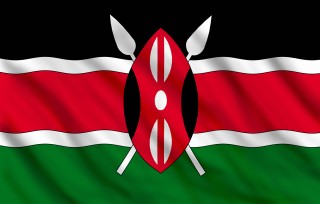 Kenya’s Betting Control and Licensing Board (BCLB) has ordered Airtel to stop all paybills regarding betting activities on its platform. Airtel will be joining rival telecom company, Safaricom to halt betting payments.

BCLB insists that some betting firms have refused to renew their licenses, hence the reason for this crackdown.

“We wish to inform you that the license for the following companies were not renewed, until they meet the outstanding renewal requirements as well as outcome of ongoing due diligence to determine if they are fit and proper to hold a license from this board. Consequently, we request you to suspend their playbills and short codes until otherwise advised,” BCLB’s Acting Managing Director, Liti Wambua, said in an address to Airtel.

The board which is believed to be operating under the directives of the Kenyan government, might have stirred up an uproar from some of the affected betting firms. Top betting firms, SportPesa and Betin have recently sued the government, arguing that they were only operating within their legal rights.

Betin insists that its operating license was withdrawn illegally as it (Betin) had a court order to stop the withdrawal of its betting permit. SportPesa on the other hand is requesting compensation for the days it has been out of business after BCLB ordered Safaricom to shut down betting companies’ playbill number and short codes.

Both firms claim that they have done nothing but complied with all necessary law and tax requirements, and the recent actions by the government seem malicious. They are requesting that the embargo be lifted, and the top executives of BCLB be fined or imprisoned for not adhering to the court order.

The motive behind the government’s constant clampdown on betting activities has not been identified, but a possible and most likely reason is its negative effect on the youth. BBC reports that Kenya has the highest number of young people in sub-Saharan Africa – between the ages of 17-35 – who gamble frequently.

More so, a British legislator who commented on the issue asked the Kenyan government what to make adequate assessment to the role of British gambling companies in encouraging children in Africa to gamble illegally.

The legislator’s concern is based on the fact that UK-based betting companies with a presence in other countries employ subtle promotional techniques which have been banned in their home countries. The use of cartoons and free branded merchandise aid their efforts to appeal to a great number of youth in countries like Kenya.