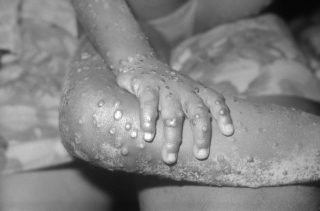 How the monkeypox outbreak in Nigeria can be curtailed

Barely a week after the detection of the viral zoonotic monkeypox disease in Bayelsa state, 31 cases have been recorded in seven states across Nigeria.

However, in a statement on Monday, October 9, NCDC’s Chief Executive Officer (CEO), Dr Chikwe Ihekweazu, said the agency was awaiting the laboratory results and confirmation of the 31 suspected cases.

To this effect, the Lagos State Government through the commissioner of health, Jide Idris, confirmed that there are two cases currently being contained at a private hospital within the state. Without disclosing the identity of the persons and location of the outbreak, the commissioner assured citizens that the cases are currently being investigated and there was no need to panic.

Ekiti is the latest addition to the number of infected states and the Secretary to the State Government, Dr Modupe Alade confirmed the outbreak.

“We have two cases at Okemesi Ekiti. Tests are still being carried out and not until it is confirmed, we can’t come out with any official statement,” Dr Alade affirmed.

Monkeypox is a rare viral zoonosis (a virus transmitted to humans from animals) with symptoms in humans similar to those seen in the past in smallpox patients, although less severe. The virus is transmitted to people from various wild animals but has limited secondary spread through human-to-human transmission.

According to the World Health Organization (WHO), human monkeypox was first identified in a 9-year-old boy in 1970 in the Democratic Republic of Congo (then known as Zaire). And since then, the disease has spread through the rural, and rainforest regions of the Congo Basin and Western Africa, particularly in the Democratic Republic of Congo, where it is considered to be endemic.

Nigeria in 2014 faced a similar crisis with the sudden spread of the Ebola virus. However, the crisis never rose to an endemic stage and within three months, Nigeria was declared Ebola-free.

According to the authors of “Transmission dynamics and control of Ebola virus disease outbreak in Nigeria, July to September 2014”, a paper published on October 9, 2014, in Eurosurveillance, Nigeria’s success in “avoiding a far worse scenario” is attributed to its “quick and forceful” response.

The authors point to three key elements in the country’s attack: Fast and thorough tracing of all potential contacts, ongoing monitoring of all of these contacts, and rapid isolation of potentially infectious contacts. The swift battle was won not only with vigilant disinfecting, port-of-entry screening and rapid isolation but also with boot leather and lots and lots of in-person follow-up visits, completing 18,500 of them to find any new cases of Ebola among a total of 989 identified contacts.

Just like Ebola, Nigerians ought to take extra precautionary measures to ensure that the outbreak of the monkeypox virus is nipped in the bud before it spreads to become endemic. As listed by the Centre for Disease Control (CDC), these are some precautionary measures that can be taken to prevent the rapid spread of the disease: