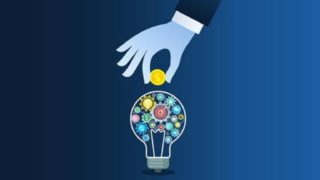 Commentators in Europe and the US often describe the changes wrung by the Covid-19 pandemic as representing a ‘new normal’. The past year has been a boon for takeaway services, remote-conferencing platforms, and anything else that gets us what we want without leaving the house. Yet it’s in Africa where technology is making the biggest advances.

The pandemic was a watershed moment, with remote services like online banking seeing increased demand as Africans sought to control the spread of the virus. After an initial slump, the year-on-year growth of venture capital (VC) investment in Africa’s technology sector rebounded to a stunning 44%.

Firms like Sendwave, a fintech that allows its customers to transfer money without paying fees, announced revenues of $280m in 2020, an increase of more than 50%. In transport, ‘copycat’ companies, such as Kenya’s Little Cab, are mimicking the offerings of giants like Uber, but have captured a market share by using local payment systems.

Yet despite this entrepreneurial exuberance, VC investment in Africa remains low, with just $3.4bn being invested in 2019/20. Of greater concern is the fact that only 22% of the continent’s private investment between 2014 and 2020 was made by domestic investors.

For Africa to bounce back from the pandemic, this trend needs to be reversed, tackling three key areas:

The first is the ‘needs deficit’ – corresponding to what we see on the continent today. At present, investment in Africa is highly concentrated in financial and information technology and consumer goods. Together, these two sectors make up a startling 57% of the continent’s venture capital deals in the past seven years.

Utilities and healthcare, which are essential public services, received just 19%. Local investment can help to close this gap because African-based venture capitalists understand their communities’ concerns and culture better than their foreign counterparts.

To put it simply, they know what services local people need and they can figure out how to provide these services in a way that will be popular and efficient.

Another advantage of local investment is its ability to reverse Africa’s skills deficit. Foreign direct investment (FDI) often leads to higher employment and tax revenues, but it is less likely to facilitate the knowledge transfers required for self-sustaining economic growth.

Voices from within Africa support this. Mirco Martins, an Angolan entrepreneur, has argued that improved education and training for Africans ‘will help them, and in turn, help their countries’. Having established the Kuculá Foundation, a non-profit which sponsors underprivileged students through their education and offers skills development for youngsters across Africa, Martins is continually on the lookout for projects which bring about positive synergies towards the development of Africa, particularly in the fields of education and the environment.

Other businesspeople across the continent have echoed his sentiments. Nairobi-based Teresa Mbagaya, a Principal at Imaginable Futures – a global philanthropic investment firm focused on education, previously served as Microsoft’s education lead in East Africa. She has led several regional teams implementing learning solutions across 10 countries, including heading up Econet Education which provides overlay education services to over five million subscribers in Zimbabwe.

According to the OECD, local investors are more likely to consider the social outcomes of their projects, such as generating employment for disadvantaged groups. This is why business leaders from within the continent can stand to deliver the most innovative solutions, given their first-hand understanding of the local environment and the most effective ways to deliver impact.

Local investment can also be a useful tool towards combatting inequality within African nations. The Brookings Institute found that over half of the continent’s venture capital investment in 2019 went to just three countries: South Africa, Kenya, and Nigeria. Much of Sub-Saharan Africa is seen as a no go zone for FDI, meaning that local investment is critical to providing citizens with the services they need.

Just as education innovators understand where the gaps are, African venture capitalists benefit from on-the-ground knowledge, meaning that, unlike foreign investors, they tend to use local procurement. If African based textile firms, for example, source their raw materials from local suppliers, this can help to radiate economic activity across a particular region. What’s more, research has shown the power of ‘demonstration effects’ in economic development.

When African entrepreneurs see the success of locally-led projects, it can inspire them to enact their plans and ideas. Even if their business were to fail, this would lead to improved project analysis and implementation in the future.

It is important to note that the private sector cannot operate alone – African governments have a role to play in stimulating local investment. Tahirou Barry, who runs Guinea’s Conakry Port Terminal, notes that “the private sector needs to mobilise public authorities in their role of regulating and developing infrastructure. She also highlights how COVID-19 has demonstrated that African public and private sector stakeholders can band together in the face of a crisis. They need to slimline regulation, reduce bureaucracy, and most importantly, facilitate the transfer of knowledge on the continent. They can also catalyse Africa’s infrastructure, as McKinsey and Company note in a 2016 report which calls on national governments to ‘develop bankable projects, ensure adequate financing, put in place effective public-private partnerships and optimise spending’.

Other commentators such as Sebastian Marlier, The Economist Intelligence Unit’s Africa analyst, have written that ‘poor infrastructure is a major impediment to even faster economic development; the continent loses 2 percentage points of GDP growth annually as a result of its infrastructure deficit’. For Marlier, this trend must be reversed, a point echoed by Harvard Economist Dani Rodrik, who sees industrial infrastructure as integral to Africa’s continued development, with the revival of manufacturing and industrialisation important to replicating the traditional route to convergence.

Kenya’s Silicon Savanah, a technology ecosystem set up outside of Nairobi, is the perfect template. The Kenyan government used a regime of financial incentives to attract start-ups and top talent to the area. M-Kopa, the hugely successful personal banking platform, was founded and is still headquartered on the site.

In sum, a combination of local and foreign investment enabled and supported by the public sector, will be needed to drive Africa’s post-pandemic recovery. Once set up, new firms and industries will benefit from the continent’s greatest asset, its young and highly entrepreneurial workforce.