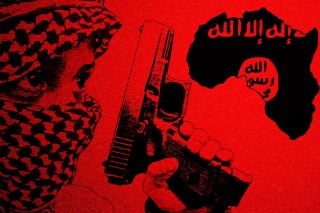 Parents in Mali and elsewhere are persuaded to sell their sons and daughters to Islamic “teachers.” And those who escape still may find themselves trafficked.

In the aftermath of the attack on a hotel in Burkina Faso on Friday, just as in the attack on a luxury hotel in Mali in November, photographs of the killers showed some of them to be boys in their early teens.

After the Nov. 20, 2015, attack in Bamako, the Malian capital, which Al Qaeda in the Islamic Maghreb (AQIM) and its offshoot al-Mourabitoun said they carried out, an image on Mali state television showed two young men alleged to be the “authors” of the incident that killed at least 22 people, mostly foreign nationals.

On Monday, the jihadists published photographs of three adolescent men said to have carried out the Ouagadougou attacks. They wore military uniforms, held Kalashnikovs, and were given the names Battar al-Ansari, Abu Muhammad al-Buqali al-Ansari and Ahmed al-Fulani al-Ansari.

The jihadists released no further details, but al-Ansari is a nom de guerre that usually designates somebody from northern Mali. The name might equally have been used to indicate where the “brigade” is based or originates from.

Two of the adolescent men in the photographs were black and another was fairskinned, suggesting he might be from an Arab or Tuareg group.

The various Islamist factions in Mali—where these young jihadists certainly have roots—are notorious for recruiting adolescent soldiers into their ranks and forcing them to commit acts of violence.

One such young militant was Seydou, who is now 15 years old.

The teenager was weeks shy of his 14th birthday when he joined al-Qaeda-backed militants fighting to take control of northern Mali.

He had been handed to the jihadists by his parents.

Men working for the militants told Seydou’s mother and father that the government was giving out monies to families who agreed to send their children to Quran schools to receive an Islamic education. The militants paid money to Seydou’s parents, which the boy said was in hundreds of thousands of CFA francs (equivalent to a few hundred U.S. dollars). Thus, by his account, they were deceived into handing their only son to a terrorist group.

In fact, hundreds if not thousands of Malian children have been sold to armed groups by family members or school officials in exchange for money. In other cases, the children themselves may have been lured in by money and the appeal of “fighting for God,” especially after indoctrination in religious schools. Girls often are bought or abducted to become the wives of combatants. In 2013, the United Nations added Mali to its child soldiers list of shame.

Since more than 50 percent of Mali’s 15.8 million people are children, there is a large pool from which to recruit.

The country’s jihadists also take advantage of a common tradition in west Africa, where parents and guardians, mostly in rural Muslim areas, send their children away to the far cities for an Islamic education, particularly if they can’t afford to pay for school fees or provide meals.

Seydou used to carry an AK-47 during his time with the militants who have terrorized northern Mali since 2012. Now he sleeps rough, living in Senegal as one of thousands of children who ply the streets of the country begging for food and money.

I met Seydou when he was walking with a bowl in his hand in search of alms, along with a couple of teenage boys in one of Dakar’s bustling neighborhoods. I was told by my contact in Dakar that I would find children trafficked from neighboring Mali, Guinea and Guinea-Bissau at the city’s “downtown,” and there, indeed, I met dozens of children at different locations, and spent hours speaking to those who had a story to tell.

Seydou is one of tens of thousands of talibés—from Arabic word for pupil (a local variant of the word taliban, used in Afghanistan). They are sent up to hundreds of kilometers away from home to gain religious instruction at the classrooms or “daaras” (madrassas) where a Quranic teacher or “marabout” traditionally instructs the children on how to read the Quran.

Seydou led me to a quiet space far enough away that other passersby won’t hear the stories he would tell. I was able to get an interpreter as the boy spoke in the local Wolof language, which he had learned on the street. When he began to speak, I could sense the fear in him.

Seydou said he had just returned from playing football with his friends in Mali when he saw his parents sitting outside their family house with two strange men.

“My father didn’t even let me enter the house when he asked me to follow the men that will take me to my new Quranic teacher,” he said. “I didn’t argue. It was my dream to learn the Quran, so I hurried to follow him.”

But the story changed once he was taken from his home. Seydou and other recruits were taken to a two-week-long training session at a camp in Mali’s vast desert, where they learned the rudiments of shooting. The jihadists gave Seydou a new name. “Abu Bakr.”

“They said we had to learn how to protect ourselves and our brothers and sisters before learning anything else,” he recalled. “We didn’t have a choice. Once money has been paid on your head, you have no voice.”

Across northern Mali, jihadists have bought over 1,000 children from rural communities devastated by poverty and hunger. Although the conflict in the country began in early 2012, it was not until 2013 that the act of recruiting child soldiers by militants became public knowledge.

Seydou, who joined up with Mali’s northern jihadists in 2014, said some fighters were also recruited from the south of the country where militant groups became active last year, and from neighboring Burkina Faso and Niger.

All through his time as a militant, Seydou said he only played supporting roles behind the front line, and denies killing anyone or committing any rights abuses, but he admits receiving money occasionally from the jihadists, especially after running errands.

Mali’s jihadists, particularly the group known as MUJAO, fund themselves through kidnappings and lucrative trafficking activities and can afford to pay well.

Seydou said the militants gave children military training and religious indoctrination, and that his instructors were Arabs, but he didn’t know under which name the group operated. Child soldiers are being used by all the armed groups operating in Mali’s northern region, but the Islamist groups, Ansar Dine, AQIM and now al-Mourabitoun have been among the most prominent recruiters.

“They showed us different types of weapons and how to use them in case of attack,” he said. “Our instructors told us that when we shoot at the enemy, it wasn’t us doing so, but our Creator.”

Many of Seydou’s childhood friends have left their homes and are now working for Mali’s militants in the north of the country. A greater number are motivated by money, but Seydou said they are a few who are not moved by the bonuses, rather “they want to work for God”.

“Our instructors kept telling us that death is sweeter when it is for God,” he said. “Because of what they often said, many children were just waiting for the jihad.”

When Seydou was asked to attack the Timbuktu jail, which would have seen him earn additional cash, he declined, and instead found a way to escape while on an attack mission with members of the group in Timbuktu.

“I didn’t want to be a fighter, I wanted to get an Islamic education,” he said. “I ran away because I didn’t have the heart to kill or punish anyone.”

Seydou was scared of returning to his parents, as he feared the militants would trace him to his home. Instead, he decided search for a marabout, who he will work for, while also receiving Quran lessons.

The boy walked through the wilderness for hours before arriving at Timbuktu’s main town, and meeting a marabout, who pushed him to another Quran teacher in the south, in what was the beginning of his long journey to his current abode.

Seydou had no idea he had become a victim of Mali’s thriving child trafficking trade. Even if he knew what was going on, the prospect of realizing his long-held dream of getting a Quranic education was far more appealing to him than ending up in a militant’s camp.

From Mali he was taken to Bafata in Guinea-Bissau, and then farther east in the country to Gabu, where he worked on a cotton field for a brief period before crossing the border into Senegal. On getting to Senegal, he was passed to another marabout in the southwestern city of Ziguinchor, and later moved to another marabout in Dakar where he learned the Quran and the local vernacular, Wolof.

A 2015 Trafficking in Persons Report published by the U.S. Department of State indicates that Malian children are transported to Senegal and Guinea for forced labor in gold mines and to Cote d’Ivoire for forced labor on cotton and cocoa farms.

In Senegal for instance, there is a thriving culture of street begging and forced labor, and the country’s porous borders makes it relatively easy for children to be trafficked into the country. Another State Department report on trafficking revealed that Senegal is a source, transit, and destination country for children and women who are subjected to forced labor and sex trafficking.

Not long ago, the government discovered that thousands of children who do not speak Wolof were being smuggled into Senegal from neighboring countries by people impersonating marabouts, and using the kids to beg for their personal gain.

The government then announced the repatriation of all non-Senegalese talibés and banned child begging on the streets and all daaras throughout the country. But conflicts at the time in neighboring Mali and Guinea Bissau, and pressure from the Islamic community, forced President Macky Sall to rescind the expulsion order. Now, thousands of children like Seydou are made to face the prospect of lives as beggars or as modern day slaves.

“Even though I survive through begging, I have found peace in Dakar,” Seydou said. “At least here I wouldn’t have to kill anyone.”

This article was first published in the Daily Beast