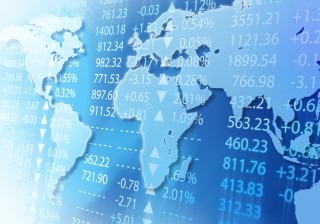 Everything you need to know about forex trading in Africa

Recent reports show that Forex trading is on the rise in Africa, especially in South Africa. This is probably because the Forex market is the largest – as well as most liquid – financial market in the entire world.

But what are the main causes of this so-called rise?

Well, it is worth mentioning that some people wouldn’t believe that African people engaged in trading overall. However, given the higher penetration that the internet currently has, the advances in technology, as well as the increased competition among different brokers, it was bound that the Forex market would become highly accessible to individuals and investors.

The highest market in Africa

The trading volume in South Africa stood at roughly $20 billion in 2017 – this volume itself is the highest in all of Africa. For example, Nigeria comes with the second-largest Forex market – but with a volume of less than one-tenth compared to South Africa.

One of the reasons for this trading volume might be the fact that, despite the dollar being the dominating global currency, the African rand is, surprisingly, the 20th most-traded currency. On top of that, analysts predict that it will soon improve in value.

In Africa, investors can trade through CFDs or by using JSE currency derivatives. They can also engage in forex spot trading with the help of regulated Forex brokers.

Moreover, even if this trading method is not as popular as it used to be, binary options is one of the Forex trading alternatives that African individuals and investors can work with.

In short, the African trading market is not limited by any laws, regulations, or by the lack of features and such. A trader from here has just as many possibilities as one from anywhere else in the world.

Things you need to watch out for

Just as with any other trading type, you have to watch out for leverage and scams when dealing with the African Forex trading market.

When it comes to scams, they usually come in the form of investment advisers that allegedly represent a global broker, people who flaunt riches on social media, or unlicensed brokers that promise huge returns.

Obviously, these are all to be avoided and, as the FSCA warned, it is better to do your research and make a background check of the broker they want to work with.

In terms of leverage, you have to pay attention to leverage higher than 1:20, especially if you are working with a new broker. Anything higher than the mentioned value may ruin your trading account for good if you are not careful enough.

Overall, the African Forex trading market/ industry is pretty similar to that of the rest of the world. It is also subject to continuous development, as seemingly more and more people engage in Forex trading – not only in Africa but all over the world.

Moreover, it goes without saying that South Africa is the leader of both the retail and online Forex trading market, as it has the highest trading volume. But this also makes the African currency very popular, which is always a good thing for the African trader!