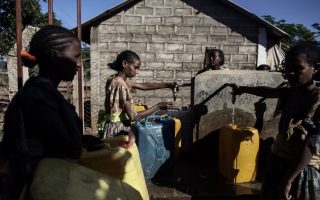 Ethiopia adopts one of the most progressive refugee policies in Africa, a smart move for its economy

Ethiopia has passed a law that gives almost 1 million refugees the right to work, legally register life events, access education and financial services, and live outside of camps. A historic and widely acclaimed policy.

“We are happy to inform that the new refugee proclamation has been enacted by the House of Peoples’ Representatives of the Federal Democratic Republic of Ethiopia,” Ethiopia’s Administration for Refugee and Returnee Affairs (ARRA) stated on their Facebook page. “It is strongly believed that the new law will enhance the lives of refugees and host communities.”

The new law replaces the 2004 Refugee Proclamation which upheld key principles of the 1951 Refugee Convention and the 1969 OAU Convention, both of which restricted certain refugee rights, like access to education, freedom of movement, and made no mention of integration. It is also in line with the United Nations Global Compact on Refugees endorsed last month by members of the UN General Assembly.

The Global Compact on Refugees is an international agreement to forge a stronger, fairer response to large refugee movements around the world; to provide more support for people fleeing their homelands, and for the countries that accommodate them. According to the UN Refugee Agency, UNHCR, there are over 25 million refugees around the world, 85 percent of them are hosted by developing countries that face their own economic and development challenges.

Ethiopia is one of such countries, hosting over 900,000 refugees, primarily from neighbouring countries like Eritrea, Somalia, Sudan, South Sudan, and a few more from Yemen and Syria, making it Africa’s second largest refugee population after Uganda. Hence the need to implement a law in accordance with the Global Compact, to include refugees in national services like education and healthcare, ensuring that they have the opportunity to be self-reliant and can contribute to the economy.

The new legislation is also part of the ‘Ethiopian Jobs Compact’, a $500 million program which aims to create 100,000 jobs, 30 percent of which will be allocated to refugees. This will help refugees while supporting Ethiopia’s ambitious industrialisation plans.

The UNHCR lauded the new law in a press statement, describing it as historic. “The passage of this historic law represents a significant milestone in Ethiopia’s long history of welcoming and hosting refugees from across the region for decades,” said Filippo Grandi, UN High Commissioner for Refugees. “By allowing refugees the opportunity to be better integrated into society, Ethiopia is not only upholding its international refugee law obligations but is serving as a model for other refugee-hosting nations around the world.”

Moving forward, how can Ethiopia ensure that the new law succeeds? Researchers from the Overseas Development Institute (ODI) give the following recommendations.

By informing and educating refugees about the new law: According to Jessica Hagen-Zanker, lead researcher on migration at ODI, research has shown that very little information on government policy actually gets to the people it is meant to target. Consequently resulting in a less than the desired impact. Therefore, information about the Ethiopian Jobs Compact and the new law should be transparent and accessible to allow refugees to make informed decisions about their options. This includes information on eligibility, the conditions for participating, and the potential benefits.

By giving refugees jobs that match their skills and aspirations: Political scientist and researcher on humanitarian policies, Veronique Barbelet, suggests refugees should be given jobs they actually want. “Accessing jobs for refugees is a way out of aid dependency, but only if refugees are given the opportunity to do jobs they want that will improve their lives,” she says. “For Ethiopia’s jobs compact to work, the government should survey refugees’ aspirations and skills. This would help inform the type of work and therefore the type of interventions needed to support real economic opportunities for refugees.”

By ensuring job schemes do not cause conflict with local populations: For a country that currently tackles issues of unemployment and landlessness, the local population may feel threatened by the presence of refugees in their rapidly growing urban centres. The government has to find a way to balance and manage the needs and aspirations of both refugees and the local population for newly-created jobs by making selection criteria for job applicants fair, and ensuring that employment conditions are equal for both groups.