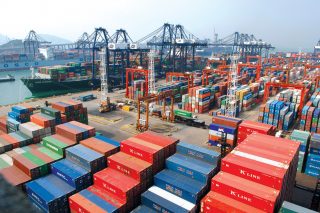 DP World, a leading port operator based in Dubai has announced that it has signed a 20-year concession with the government of Mali to build and develop a logistics hub in the country’s capital city of Bamako. The 20-year concession deal which also has an automatic 20-year extension will see the port operator giant oversee the total affairs in the facility.

DP World stated through a statement that the construction of the 1000-hectare modern logistics hub outside of Bamako will start in 2019 and will take 18 months to come to fruition. “The Mali Logistics Hub will be located on the main road corridor from Dakar, Senegal to Bamako and close to the Dakar – Bamako rail line and will be capable of handling 300,000 TEU (twenty-foot equivalent unit), 4 million tons of bulk and general cargo,” the release stated.

The UAE state-owned operator said the concession agreement was signed in Dubai on Monday by Suhail Al Banna, Chief Executive Officer and Managing Director, DP World Middle East and Africa and Moulaye Ahmed Boubacar, and Minister of Equipment and Transport, the Republic of Mali, in the presence of Malian and DP World officials.

Moulaye Ahmed Boubacar, Mali’s Minister of Equipment and Transport couldn’t hide his excitement about the deal, saying it will improve access to market and meet the expectations of Malians.

“We are excited to partner with DP World on this project. The Mali Logistics Hub will dramatically improve the cost and time of the trade for Mali. The project will provide us with a first-class logistics facility comparable to global standards and will be the largest in terms of capacity,” he said while reacting to the new development.

DP world, the world’s third largest port operators, and United Arab Emirate’s state-owned port operation has seen its operations expand across 6 continents. This new concession comes barely a few months after its port in another African country was consumed in the legal tussle with the country’s ruling government.

Mali has a population of about 18 million people with 90 percent of its rural dwellers in poverty. Some parts of the West African country have not recovered from the devastation caused by a civil war, and then a coup in 2012. According to AfDB, the country’s GDP growth averaged 6.5 percent between 2014 and 2015 before slowing to 5.8 percent in 2016. There was no sign of stability in the country’s dwindling economy as it declined again in 2017 to an estimated 5.5 percent.

The operation of the DP world in the country means a lot for the revitalization of the country’s rippling economy. With great success the deal could bring to the country, there is optimism that it will strengthen the economy through employment and access to the market by local traders.

The provision of three locomotive trains to boost cargo and passenger traffic along the Bamako-Dakar railroad clearly shows the importance of this deal to the people of Mali. International trade will increase with more Mali goods getting to the global market in little time.

For DP World, Mali presents a chance to start afresh in another African country, despite being mired with a series of legal tussles when the Djibouti government withdrew its consent in the Doraleh container terminal after failed renegotiations. DP world designed, built and operated the terminal in Djibouti in 2006, before the government wrested back control of the terminal recently. The deal in 2006 resulted in the creation of thousands of direct and indirect jobs in the East African country.

DP has remained undaunted in its quest to improve the African economy, while also taking advantage of its global success. PSA International and Hutchison Port Holdings were the two port operators that handled more TEU than DP world globally in 2017. In 2017 alone, the state-owned operator handled 70.1 million TEU (twenty-foot equivalent units) across its global portfolio of container terminals in the full year, with gross container volumes growing by 10.1 percent year-on-year.