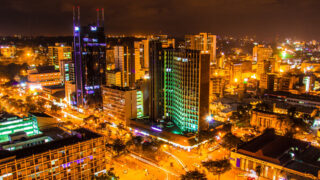 City life in Africa is a unique case study. It’s one of those areas where we often see sky-high optimism among its observers in the face of outright chaos. You’d be curious how a researcher studies Africa and concludes that it will have the world’s largest cities by 2100. But there might be arguments to support that.

A paper claims the urban growth rate in Africa is the fastest globally. Others even project that Africa will be the only continent experiencing population growth by the end of this century, and 13 of the 20 largest urban areas will be in Africa. All these savoury forecasts are coming while the continent has only two cities on that list. And it’s okay to either believe them or not. But an interesting emerging pattern is that people are beginning to build new cities in Africa. Well, not just cities – ‘smart’ cities.

It’s hard not to notice the new planned cities cropping up everywhere you look in Africa today. These cities always promise to be some form of paradise, not plagued by the challenges existing ones face. But these projects all seem to have the same Achilles heel – they might not be necessary.

In 2010, a project in Lagos, Nigeria, called the Eko Atlantic City, promised to house 250,000 people on land reclaimed from the sea. But twelve years later, the city is still empty. A video by famous YouTuber Stephen Ndukwu backs this up.

Kenya’s Konza Tecnocity promised to be the biggest smart city in the sub-Saharan region. But thirteen years after conception, it’s the same as Eko Atlantic – empty. Even more fascinating is how this city’s emergence seemed to start this continent-wide trend of African countries building smart cities to push themselves into the upper strata of tech and finance.

The list goes on. There’s HOPE City in Ghana, Wakanda city in Ethiopia (inspired by the Black Panther movie), Kigali Innovation City in Rwanda, and Senegal’s Akon City — all promising to solve the problems of poverty and economic stagnation in their respective countries through innovative tech. None has made any tangible progress.

Hold on. What are ‘smart cities’?

There’s no one-size-fits-all definition for smart cities. And that’s not necessarily because they’re complex. It’s just that the theoretical and practical contexts for smart cities are not always identical. But essentially, smart cities are urban areas that leverage data and digital technology to be more efficient, environmentally friendly and socially inclusive than ‘regular’ ones.

Cities like Seoul, New York, Helsinki, etc., have made giant strides in their smart city initiatives. For instance, in Zurich, it all started with a streetlight project. The city introduced a series of streetlights that adapted to traffic levels using sensors, which increased their brightness or dimmed it accordingly. The project helped the city save up to 70 per cent of energy. Since then, the city has expanded its use of sensory technology to collect environmental data, measure traffic, and even provide public WiFi. Another example is Singapore, where contactless payments have wide usage among the 7.5 million passengers who use public transport.

So, what’s the deal with Africa?

The attempts at creating new cities in Africa stem from two theories. The first is that a growing population needs more space. The second is that most existing cities aren’t functioning as they should. These two problems ought to make a healthy case for new cities. But it’s missing out on one vital truth: cities often reflect the lives of citizens.

Whether it’s Lagos, Dar es Salaam, Dakar, Mogadishu, Windhoek or Asmara, Africa’s cities have the same challenges: poor sanitation, disorganized and unsafe public transport, insufficient water, pollution, dirty energy sources, insecurity, unemployment, poor drainage and expensive housing. According to AfDB, Africa needs $170 billion per annum to meet its infrastructure needs but has a deficit of about $110 billion. Solving these problems doesn’t require that you build new cities. Instead, the figures show that fixing the existing ones is becoming an emergency.

Then why has so much investment gone into them?

The first thing to pay attention to here is not the idea but who is leading it. There’s no promise that the structural leakages in existing cities won’t spill into the new ones. That has happened many times in Africa and other parts of the world.

But if governments and investors are ploughing so much into such high-risk projects, they’re paying attention to someone believable. So who’s convincing them that it’s better to build new cities than fix existing ones?

In 2013, Parselelo Kantai, a Kenyan journalist, wrote, “Across the region, ‘Vision’ projects proliferate. Almost every country in East Africa has now generated one, courtesy of the McKinsey Global Institute, to whom African governments have outsourced the task of dreaming about the future.”

There’s an over two-decade-long history of global consultancy firms partnering with big technology firms from the West to champion “vision” projects in emerging markets. India had Vision Mumbai, which reimagined the megapolis as “a world-class city,” and other projects. There was also Malaysia Vision 2020. In all these instances, multinational tech companies and other large corporations got large chunks of land in exchange for promises of job creation. But it always came with high not-so-hidden costs.

Kenya’s Vision 2030 strategy, which involved building the Konza city, was done in conjunction with McKinsey & Company. Writer Adam Greenfield, in Against the smart city, explained how multinationals such as IBM, Cisco, and Siemens AG saw techno-cities as a win-win: a way to sell proprietary technology and construct markets for their urban and municipal services. In many cases, countries took the bait.

How is that a problem?

The problem with this pattern is that the governments these firms partner with don’t own the strategies. The firms, on the other hand, are not part of the execution. They only provide the paperwork. So the cost falls back to the governments who agree to take on these projects. That’s why you’re more likely to see smart cities succeed in super-rich countries like South Korea and the United Arab Emirates, which can afford to keep throwing money at projects till they get completed.

But what if these smart cities succeed?

For smart cities to succeed, they won’t only get people to live in them but also deliver their proposed potential. Theoretically, they’re supposed to be socially inclusive for different earning classes. That’d be great news: cities will become decongested, and there’ll be a new crop of opportunities for citizens to harvest.

What will it take for this to happen?

It will take more than big budgets to make smart cities succeed in Africa. There’s an obvious hindrance: cost. Land in these new cities is too expensive for the middle class. That narrows the market to a few wealthy people. For context, Singapore has an adult population of 4.9 million and a little under 270,000 millionaires in US dollars, while the whole of Africa has only 136,000 millionaires. So it’s either that people become rich enough to afford to live in these cities, or the cities become affordable.

Pricing, however, comes with a dilemma. Creating “utopic” cities is not cheap. You have to provide both infrastructure and security to residents. But that also means the narrative of social inclusion dies, as smart cities will become urban bubbles.

Moreover, the dream of smart cities is to house many multinational companies. But that’ll mean these companies have to look beyond the way snags in Africa’s cities give them low scores in the global index of ease of doing business.

Today, most cities don’t even do an Environment, Social and Governance (ESG) audit to control pollution and carbon emissions. Yet they are quick to construct skyscrapers and expressways that only raise city temperatures as they use high-carbon cement in their construction. Only Kigali seems to take this seriously.