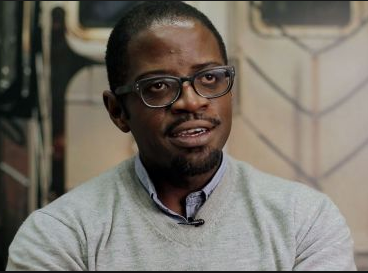 Echeruo’s company, HotStop.com was acquired by Apple in a move to bolster the tech giant’s plan to upgrade its map offering, following Google’s recent $1.1 billion acquisition of Israeli mapping startup, Waze, which draws similarities with its new acquisition.

Confirming the acquisition to ABC News, Apple spokeswoman Kristin Huguet said in a statement that the tech company “buys smaller technology companies from time to time” and it generally does not discuss its “purpose or plans”.

HotStop.com is a mobile application that helps people get directions to subway stations and bus stops in over 300 cities. The company also makes apps available on iOS and Android platforms.

HotStop’s founder, Chinedu Echeruo, is a serial entrepreneur who has received several accolades including Black Enterprise Magazine’s Small Business Innovator of the year and the magazine’s Top 40 under 40.  He grew up in Eastern Nigeria and attended King’s College, Lagos. He also attended Syracuse University and the Harvard Business School.

He founded HopStop.com after working several years in the Mergers & Acquisitions and Leveraged Finance groups of J.P Morgan Chase. Echeruo also worked at AM Investment Partners, a $500 million hedge fund. He founded and raised nearly $8 million for his two U.S based internet companies; Hopstop.com and Tripology.com. In 2010, the latter was acquired by American travel and navigation information company, Rand McNally.  He is currently a partner and head of the Principal Investing group at Constant Capital, a West Africa based investment bank.