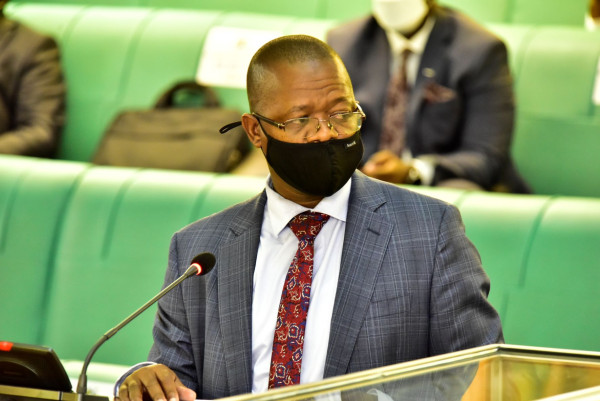 The Bill when introduced seeks to dissolve the National Council of Sports and reconstitute a new body that will be known as the Uganda Sports Commission.

While moving the motion on Tuesday, 30 November 2021, Magogo said the lack of a single piece of legislation governing the incorporation and operation of national sports associations and sports clubs has resulted in governance and administration challenges.

They include among others lack of a legal personality as well as multiple reporting and regulatory legal regimes.

“There is need to enact legislation to streamline the incorporation, registration, management and recognition of sports associations and sports clubs as well as national sports associations in order to achieve the objectives of their creation,” said Magogo.

The Bill, when introduced will also propose the creation of a Sports Fund for purposes of providing a predictable and sustainable means of funding national sports in the country, as well as creation of a tribunal to settle sports disputes.

The Bill will also recommend prohibitions on vices in sports administration like doping, manipulation of sports results, unauthorized use of sports results in betting as well as abuse of commercial rights of national sports associations and federations.

“In Uganda, the sports sub-sector has previously been regulated by a law that was enacted in 1964 as the National Council of Sports Act Cap 48. This law has since become obsolete, cannot regulate the modern game, and many Commonwealth countries that had a similar sports law have since enacted new laws,” Magogo told the House.

“The National Sports Bill has been drafted in accordance with the rules and it will be presented to Parliament as an action to repeal the 1964 National Council of Sports Act. It will enable Uganda to harness the available opportunities in local and international sports,” he added.

Hon. Sarah Opendi (NRM, Tororo) seconded the motion saying that sports can support youths, who are a majority in Uganda, with employment, as well as support the national health goal of improved lifestyle and wellness.

She added that the 1964 legal regime on sports in Uganda is out of touch with current trends.

“The new Bill will open up new avenues of funding the different sports activities. Other countries place a levy on different items that can go into funding sports. We cannot wait for a policy on sports that is not coming, so I propose we move on with the Bill,” said Opendi.

Bukomansimbi South MP, Hon. Geoffrey Kayemba Ssolo, while seconding the motion said the introduction of a Court of Arbitration for sports under the new Bill will improve the spirit of sportsmanship and curb unnecessary court appeals.

Distributed by APO Group on behalf of Parliament of the Republic of Uganda.