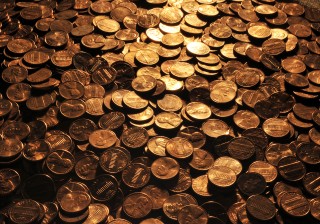 Traditional assets under management (AuM) in 12 markets across Africa will rise to around $1.98 trillion by 2020, from a 2008 total of $293 billion, according to projections by PwC. This represents a compound annual growth rate (CAGR) of nearly 9.6 percent. This anticipated surge confirms that traditional asset management, particularly the mutual fund industry, is expanding aggressively across Africa.

This will largely be driven by a number of factors: economic growth and the subsequent rise in wealth will boost the demand for pensions and life insurance products, the demand for retail investment funds will consequently increase, and the widespread adoption of technology will make delivery of new products cheaper, bringing more consumers into the formal financial sector.

The report titled Africa Asset Management 2020 is an in-depth study which examines the asset management industry across 12 African countries which have financial markets of varying levels of development.  The countries, which represent a sample from Northern, Eastern, Western and Southern Africa, were assessed by a range of relevant indicators in order to capture their true investment potential.  “As Africa has entered the 21st century, economic growth has surpassed expectations and stimulated investor interest across a broad range of asset classes,” explained Ilse French, PwC Africa Asset Management Leader. “Although the fund industry in Africa is, in most countries, still developing and has much to prove, global and local asset managers are likely to become more active as the industry continues to flourish.”

Ilse French believes Africa’s demographic dividend, its growing middle class, its increased use of technology, and its rapid urbanisation will all have a part to play in the development of the asset management industry in Africa. Here’s why:

Africa currently represents 15 of the world’s population and 3 percent of the world’s GDP and less than 1 percent of the world’s stock market. But that is changing. “There will be diverse opportunities and these will be different to those in the developed world,” adds French. Africa’s population growth and the resulting demographic dividend could boost economic growth. Investment is necessary in some industries in order to create labour productivity and economic diversification, and reduce poverty rates.

If policies are implemented to create enough employment for the enlarged workforce, the falling dependency rates should increase both savings and investment and create a substantial demand for savings products.

Africa’s middle class has increased substantially over the past decade. Standard Bank’s report on the middle-class in Africa indicates that Nigeria will add 7.6 million middle class households by 2030, while Ghana will add 1.6 million. The middle classes are associated with a great emphasis on education and saving. This will increase demand for sophisticated financial services and investment products such as retail investment funds, thereby significantly boosting the asset management industry.

Increased use of technology

Technology is increasingly changing the face of Africa. Mobile financial services have taken off as larger portions of the population access the web by way of mobile devices compared to fixed line internet. Mobile technology is also enhancing financial services across Africa by way of a non-banked model and a banking model. However, data security may become a key concern in the future requiring closer collaboration between telecoms and financial regulators.

Poor infrastructure in Africa is an impediment to economic growth and improvements in this area are required. PwC research suggests that infrastructure spending in sub-Saharan Africa will exceed $180 billion by 2025.The shortfall in government funding creates opportunities for private investors to get involved either through direct investment or public-private partnerships.

Currently Africa’s urban population is increasing by 1.1 percent annually and is expected to have a major impact on real estate and infrastructure by 2020. In addition, PE is growing across Africa. Although the majority of deals are small in size, it seems likely that deal size will grow to be more in line with other emerging markets as their economies and regulatory frameworks develop.

Regulatory reform is likely to boost economic growth and stimulate investor appetite. Changes to regulations to pension funds in particular could have an effect on the asset management industry as public pensions are usually the largest institutional investors in many African countries. These changes include allowing pension funds to invest in a wide range of assets or the establishment of a three tier pension system.

In addition, sovereign wealth funds (SWFs) can fill existing funding gaps until the legal frameworks of African countries develop sufficiently to make them appealing to other investors. “As large institutional investors, SWFs could provide a considerable boost to the asset management industry in Africa, particularly because they are long-term investors who seek stable returns,” adds French. The fact that most of the funds use a proportion of their assets to make impact investments domestically or regionally suggests that they will become big players in local markets.

“As asset managers look for new investment channels and competition becomes increasingly intense, understanding the characteristics of the local markets will be crucial to grasp the potential of this final frontier,” concludes French.