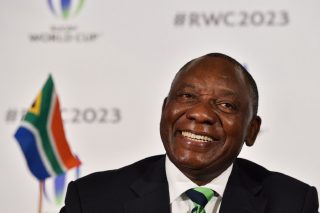 Saudi Arabia has announced plans to build an oil refinery and petrochemicals plant in South Africa, in line with its pledge of $10 billion of investments in the African country made last year.

The announcement by the Saudi Energy Minister, Khalid Al-Falih, is a much-needed vote of confidence in Africa’s most industrialized economy, where President Cyril Ramaphosa is trying to attract $100 billion of new investments to rekindle growth.

“Saudi Aramco and South Africa’s Central Energy Fund are moving forward with the feasibility study and identifying the parameters of the project,” Falih disclosed. The minister also said Saudi Arabia had held discussions with Ramaphosa’s predecessor, Jacob Zuma, about building a refinery in South Africa.

A location for the refinery and petrochemicals plant would be finalized in the coming weeks, while the capacity for the refinery is yet to be determined, South African Energy Minister, Jeff Radebe revealed. The state oil giant, Saudi Aramco is also studying whether to use South African oil storage facilities in Saldanha Bay.

Impacts of the new refinery

For about a decade, South Africa has been making plans to build an extra refinery but struggled to agree on commercial terms with investors. The country has six refineries, four using crude oil and two synthetic fuels as feedstock. Royal Dutch Shell, BP, Total and Sasol are among major refinery operators.

The new refinery would reduce the need for refined product imports and could help curb the soaring fuel prices. Oil prices rose from $30 a barrel at the end of 2015 to $80 in 2016, with consumers in other nations like Algeria, Nigeria and Iran paying a fraction of what South Africans pay for fuel.

It is also hoped that a new refinery will ensure energy security for South Africa and allow the country to supply crude oil and other petroleum products, which would serve as a boost for the Rand.

More so, the investment would cement Saudi Arabia’s dominant position in South Africa’s oil sector as the Gulf Kingdom already supplies 49 percent of the crude oil consumed in the country.