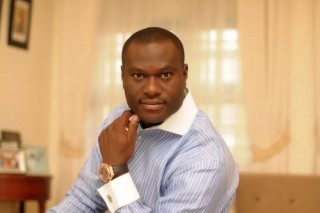 In order to keep you updated on what is happening in Africa and around the world, we have compiled a run-down of the top stories that are currently trending on social media.

A Nation that kills its own children is a nation without hope. #StopKillingSomalis

Alshabaab is in your midst and you refuse to let them out, when the govt acts you start to shout #StopKillingSomalis

New Ooni of Ife: Thousands of people have attended the coronation ceremony of the new Ooni of Ife – a revered monarch in south-west Nigeria. Adeyeye Enitan Ogunwusi, 40, was appointed in October to replace Oba Sijuwade, who died in a clinic in London in July at the age of 85.

Coronation Of The Ooni Of Ife, Adeyeye Ogunwusi, Underway (Photos): Today is the Big Day for the New Ooni to b… http://t.co/VR53oyDMfb

Nigerian Military: Nigeria’s military reports that it has carried out air strikes against the militant Islamist group Boko Haram “deep inside” the Sambisa forest, destroying at least 11 of its bases.

Grammy: Kendrick Lamar and Taylor Swift are the top contenders for the 58th annual Grammy Awards, leading a crop of nominees dominated by young hit makers in pop, rap and R&B.

Oscar Pistorius: South Africa’s one-time sports hero Oscar Pistorius is due to appear in court tomorrow for a bail hearing following his conviction for the murder of his girlfriend Reeva Steenkamp.

Pistorius to apply for bail in South African court on Tuesday http://t.co/ZndS6cp6ne