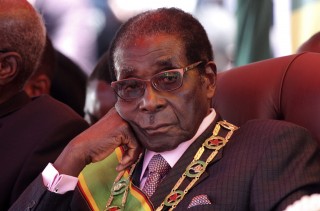 This is not Zimbabwe’s first “stay away” protest. Here is why it will not be the last

The streets of Harare, Zimbabwe were eerily silent on Wednesday as Zimbabweans organized a “stay away” strike. Shops, offices, banks were all closed as most workers heeded the call to stay away from work. This came after days of protests in Zimbabwe which saw clashes between the police and taxi drivers in the city. The “stay away” protests, using the #Zimshutdown #ShutdownZim hashtags, were organised on social media, and were done to protest against uncontrolled unemployment, corruption and the delayed salary payments of government workers, amidst rising inflation in the country. It was a classic “from the internet to the streets” protest after several weeks were spent, by an unlikely leader in a Pastor, Evan Mawarire, to get many Zimbabweans to stay home on Wednesday.

This is not Zimbabwe’s first “stay away” day. However, this was the first to be organised over the internet. Since April, the Baptist Pastor, Evan Mawarire, has used WhatsApp, Facebook and Twitter to bring people together under his movement, #thisflag. On Wednesday, the pastor said “we have called for a complete shutdown of the country today in protest of the government that has completely failed to look after its citizenry‚ and failed to listen to the demands of its citizenry‚” according to CNN. Last week, Zimbabwe’s government, headed by Robert Mugabe, announced that there will be delays in the payment of salaries for government workers. In addition to the import ban placed on goods coming from South Africa, this appeared to be the straw that broke the camel’s back and the eventual impetus for the movement to spill into the streets. Despite the Zimbabwean’s government’s efforts to block the use of social media, the protests still went on as planned on Wednesday.

This protest in Zimbabwe seems to have been inspired by recent protests in the neighbouring country of South Africa. The #ZumaMustFall protests, which saw thousands of South African protesters on the streets calling for President Jacob Zuma’s resignation, did not yield the required result, that is, his resignation. Zuma, who has been dogged with various allegations of corruption and has overseen the some of the worst periods in the South African economy, believes in his absolute hold on power, with the support of his party, the ANC, of course. Some members of his party have likened him to Vladimir Putin, saying if Putin can survive, then so can Zuma. His resignation is a no-no.

Till Death Do Us Part….

Zimbabwe’s situation is really not that different from South Africa’s. Though Mugabe is as powerful as Zuma, even more as he’s been president of Zimbabwe since its independence, the economic crisis in his nation, this time, may be too much for him. His rash and archaic economic policies have seemingly brought Zimbabwe, twice, to the point of extinction and frankly, Zimbabwe’s present problems seem to be beyond Mugabe’s scope. It will be wise for him to decide to step down from the helm of affairs in Zimbabwe.

However, for a man who recently said he had no plans to step down, this protest might just be wishful thinking from Zimbabweans. What is best for him is quite different from what is best for the country. He has a good hold on facets like the political scene, having successfully rigged elections twice in previous elections, the police, who have been beating citizens since the protests started and information, with him threatening users of social media in the aftermath of the protests. He also has a good hold on his self-delusion that the protests were sponsored by foreign embassies. So, except Mugabe dies tomorrow (his wife has been groomed to replace him), there seems to be no scenario where he willingly steps down from his position.