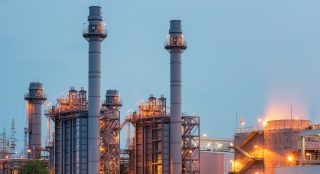 A number of recent gas discoveries and ongoing projects by exploration companies in West Africa – said to hold up to a third of the continent’s oil and natural gas reserves – are turning parts of the region into a new land of opportunity while positioning it to take a more central role in the global energy industry over the next couple of years.

British oil major BP and partners Kosmos Energy and NOC late last year disclosed the discovery of high-quality natural gas reservoirs offshore Senegal and Mauritania, which was the deepest and largest all throughout the year, according to independent energy research firm Rystad Energy. The exploration area is estimated to hold as much as 50 trillion cubic feet of gas.

In Ghana, exploration and production firm Springfield Group made its first significant offshore discovery in the country’s waters as of last October. Estimates suggest around 1.2 billion barrels of crude are available to be exploited as well as some viable quantities of associated gas. Gas finds in Africa collectively accounted for over 40 percent of global discoveries between 2011 and 2018.

Industry experts expect the main markets for these finds to be European customers. And hopes are that revenues generated from the recent discoveries and projects will help fund the region’s economic development ambitions, especially in the wake of the coronavirus pandemic that has done severe damage to the global oil industry and hardly hit crude-exporting economies such as Nigeria.

Huge strides in West Africa’s local gas development point to an increased potential for an energy transition to occur in the region, where gas will displace oil as a more sustainable fuel in the regional mix while helping the region meet its development needs, notes Olu Verheijen, West Africa energy expert.

Roughly half of the population of West Africa have no access to electricity. Gas is tipped to play a major role in solving this challenge in the region, reducing the need to produce power from liquid fuels. Nigeria, Ghana, Senegal, and Cote D’Ivoire are developing their domestic gas resources while some others are examining gas imports through either Liquefied Natural Gas terminals or the West Africa Gas Pipeline.

Although Nigeria already fuels most of its power plants with gas, electricity generation from the national grid is poor and the bulk of energy consumption in the country does not come from the grid. “We have one of the most decentralized energy systems due to transmission and distribution bottlenecks in our grid,” Olu told Ventures Africa in an interview. “The bulk of us self-generate power using diesel, which is at least twice as expensive as power from the grid.”

Gas already meets around half of North Africa’s energy needs but in sub-Saharan Africa, its share in the energy mix is around 5 percent, the lowest in the world. “We are leading exporters of LNG but what we haven’t seen is a deepening of our domestic gas markets. We need to use gas to displace our current use of diesel,” Olu said. In the wake of major discoveries, particularly in Senegal and Mauritania, the International Energy Agency expects a “different” future, it said in its 2019 Africa Energy Outlook.

The deepening of domestic gas markets will most likely be accompanied by the use of renewables, according to Olu, who was a Partner at an investment firm focused on off-grid solar. “At the regional level, you will see that deepening mostly underpinned with gas because we have so much of it and it’s cheaper, and where it is possible, we will incorporate hydro and solar.”

But there are challenges with adopting solar at scale – the conduciveness of the storage technology to the environment and cost. “If your business is energy-intensive and you wanted to displace your entire power supply with solar today, the cost is prohibitive. You just can’t. Compared to gas, the cost of using the solar system is still expensive,” Olu said, adding that with “further innovation around efficiency of solar panels and cost of storage, there will be more hybridization of gas and solar at scale.”

Changing global energy dynamics, driven by the increasing regulatory drive to decarbonize, is expected to reduce the share of coal in the global energy mix while the use of natural gas grows. As of 2018, natural gas accounted for less than a quarter of global energy but will likely overtake coal to become the world’s second-leading fuel by 2030, according to a report by leading consultancy PricewaterhouseCoopers.

That should see the demand for oil drop while potentially increasing the share of West African gas in the global market as more economies experience energy transition. “For us (West Africa), what the transition means is that there will be low demand for oil, while there’s probably going to be growth in our gas exports due to increased demand to fuel transition in industrialized economies with gas,” Olu said.

West Africa is already home to many of the resources crucial in driving global energy. It is now presented with a huge opportunity to increase its gas export volume and broader role in the global energy market – for instance, Nigeria has one of the largest gas reserves in the world.

IEA expects Africa to remain a major player in natural gas as a supplier of LNG to global markets but notes a failure to keep up with the growing demand could hamper its economic outcomes. “Much will depend on the price at which gas becomes available, the development of distribution networks (including small-scale LNG distribution), available financing for infrastructure, and the strength of policy efforts to displace polluting fuels,” the agency said in its outlook.

Key to West Africa deepening its domestic gas market and increasing exports is attracting sufficient investment and although it is in “everybody’s interest” to displace high-carbon energy, whether those investment opportunities make sense to private capital is a different conversation around an enabling business environment, notes Olu, who was involved in over $5 billion in transactions during her time as deal lead at Shell. “Do we have an enabling business environment that is competitive for capital?”

Foreign investors have over time faced political, regulatory, and security challenges in what is a harsh business environment with a high cost of doing business, making it difficult to attract capital to the region. That has only been made worse by the COVID-19 crisis, which is forcing energy multinationals to cut back on capital expenditure over the short to medium-term.

“We need to think about how to make a lot of our projects more cost-competitive… to focus attention on making investments in gas more attractive… to make sure that the cost of doing business in our environment is not as high compared to other gas regions in the world in order for investors to achieve decent margins. That will improve the rate of commercialization of these resources, not only for export to more developed markets but also for our region,” Olu said.

Governments and regulatory agencies have to articulate clear policies geared towards private sector participation, Olu said. “If we’re competitive, we will attract capital and commercialize more resources for domestic and export markets. It’s a function of how much investment you’re getting compared to others.”