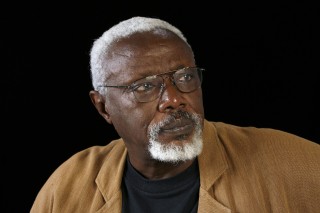 Ousmane Sow was one of Francophone Africa’s most prominent artists. Sow was known as the Auguste Rodin of Senegal, earned an international reputation for his expressive sculptures of the Nuba, Masai and other African peoples. He died in Dakar, Senegal on Thursday at the age of 81 after a brief illness.

What you didn’t know about Ousmane Sow

Ousmane was born Dakar, Senegal on 10th October 1935 and left Dakar in 1956 to study in France where he obtained a diploma in Physiotherapy then afterwards began a practice in physiotherapy. He lived much of his life as a physical therapist after which he became a sculptor in his fifties. 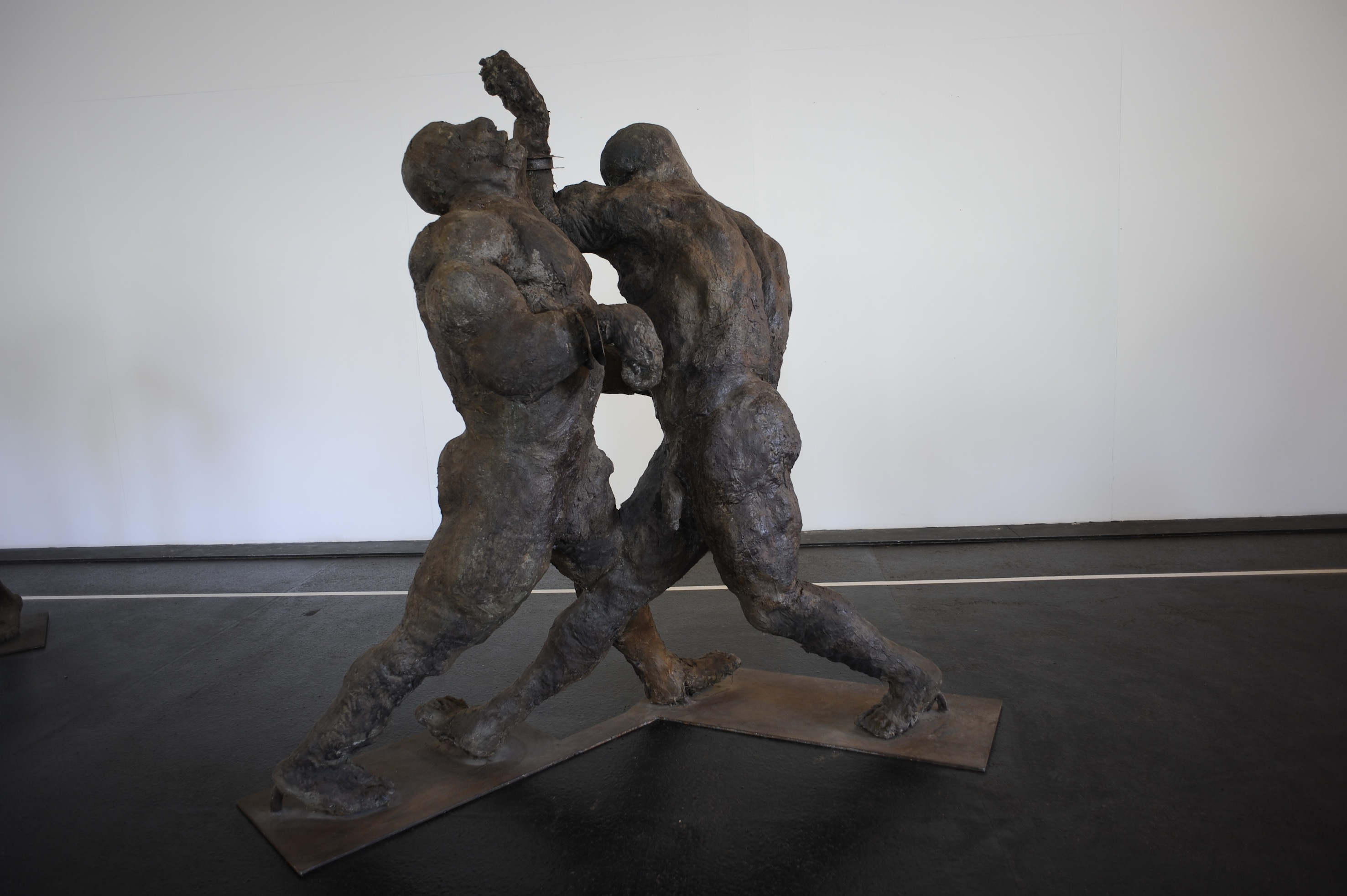 Sow held his first exhibition, a bas-relief at the First World Festival of Black Arts in 1966 in Dakar after Senegal gained her independence in 1960. But it was decades later, he got the attention of Europe in 1991 when his African series and a large-scale tableau of the Battle of Little Bighorn were exhibited on the famed Pont des Arts bridge near the Louvre Museum in Paris.

His series of Larger-Than-Life sculptures of muscular Nuba wrestlers were inspired by photographs by Leni Riefenstahl of the Nuba peoples of southern Sudan, He exhibited his work in Italy, Germany and France. He also created a series of sculptures on the Masai of Kenya and Tanzania, the Zulus of South Africa and the nomadic Fulanis of West Africa.

Sow became the first African artist admitted to France’s prestigious Académie des Beaux-Arts (French Academy of Fine Arts) in 2013. He dedicated the honour to “All of Africa, its diaspora and the great man who has just left us, Nelson Mandela” and also paid tribute to  Senegalese writer Léopold Sédar Senghor, who was the first African to be elected to the Académie française (France’s academy of French language) in 1983. 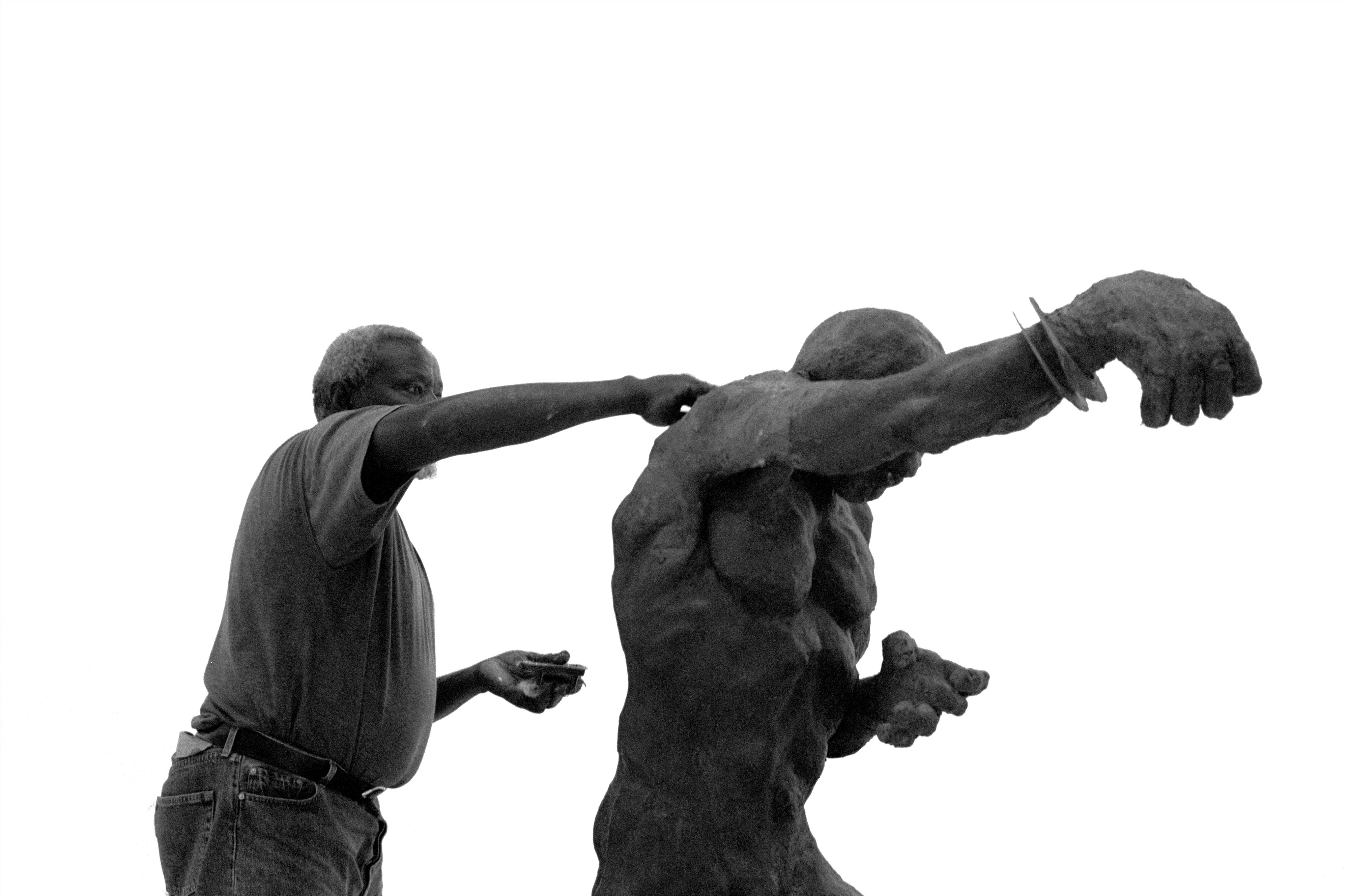 The burly giants were sculpted from the artist’s trademark mixture of clay, rubber, straw, and coated in an all-weather coating. He was known for sculpting his imposing creations without the use of a model. But after his 1999 exhibition, he started using a bronze foundry to cast some of his earlier work and newer sculptures.

His sculpture “Toussaint L’Ouverture and the Old Slave” was the centerpiece of the exhibition “African Mosaic” in 2011 at the National Museum of African Art in Washington. An exhibition that showcased the museum’s recent acquisitions, it was created for the bicentennial of the French Revolution, the work celebrated the Haitian who led a slave revolt in Haiti in the late 18th century. “The Peasant” a commission from the office of the president of Senegal was recently completed by Sow. It is to be cast in bronze and installed in front of the Abdou Diouf International Conference Center in Diamniadio, near Dakar.

Senegalese Minister for Culture Mgabnick Ndiaye stated that Sow’s passing was “a very great loss for Senegalese and African sculpture” and that “the works of art that he exhibited worldwide show that he was a giant of culture.”