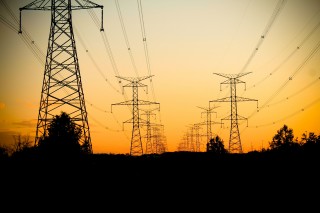 The Center for Global Development (CGD) in collaboration with the ONE Campaign released a report on Nigeria’s emerging technology sector earlier this week.

The report revealed that Nigeria’s ICT sector has grown from less than one percent of GDP in 2001 to almost 10 percent of GDP, which has made the country Africa’s biggest technology market and accounts for 23 percent of Internet users in Africa with 122 million people online as of December 2018.

A survey of 93 technology firms in Lagos and Abuja was conducted by both organizations in 2018 to understand the Nigerian tech sector and reveal the constraints faced by these firms.

One of the predominant issues that prevent Nigerian tech firms from expanding and attaining their organizational goals is the unreliable power supply in the country. Despite being Africa’s largest oil producer, Nigeria’s power sector is unable to generate an adequate amount of electricity for the country.

Vijaya Ramachandran, Senior fellow at the CGD asserted that “Nigeria’s 21st-century economy is being held back by a very 20th-century problem: lack of power.” with most firms having up to 30 power outages per month.

This lack of electricity has caused tech firms to rely on diesel generators with over 90 percent of them owning or sharing a generator. The inefficiencies in Nigeria’s power sector have caused an estimated annual loss of N534 billion to tech firms.

Nigeria’s longstanding problem with electricity has also paralyzed different sectors in the economy from thriving. The Nigerian government is therefore tasked with the responsibility of ensuring uninterrupted power supply which will inevitably foster tech entrepreneurship.

This steady power supply can be achieved through the adoption of renewable energy as a power generating source in the country. Nigeria which is known to be over-dependent on hydropower can improve the level of power supply in the country by adopting alternative sources like solar, wind, geothermal and biomass.

Standard privatization of the power sector can also liberate its indelible status and promote economic growth in all ramifications. Although partially attempted in 2013, $2.5 billion worth of stock in six new generating companies and 11 distribution companies were sold; but the privatization scheme was poorly executed.

Although minor improvements were made, later on, the government needs to make major amends where necessary and continue the privatization process. Countries around the world who have engaged in different kinds of privatization like Chile, Argentina, Brazil, and Peru amongst others attest to different levels of economic growth.

Legal and effective regulation of electricity theft and vandalism of electricity facilities and gas pipelines will also help to improve Nigeria’s power supply.

An electricity theft bill was introduced into the Nigerian Senate in 2018 but has not been passed into law. With this regulation law, culprits and vandals will be penalized with fines that will generate revenue back into the power sector, offset debts and provide adequate power supply to every sphere in the society.

The importance of uninterrupted power supply cannot be overemphasized, especially in a country trying to gain liberation from poverty. The Nigerian government should make adequate power supply a priority so that both government and private enterprises can flourish and ameliorate the conditions of the country.