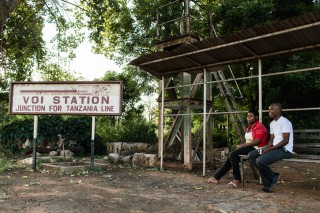 China recently endorsed a new deal with the Kenyan government to extend the Mombasa-Nairobi Standard Gauge Railway (SGR) line to Naivasha. This was a follow-up to the $13.8 billion project that started in January, which is aimed at easing and increasing transport capacity in Kenya vis-a-vis other East African countries. It will also aid interconnection and regional integration, the outcome of which will be economic development for Kenya and neighboring East African countries.

Signed by Antanas Maina, Managing Director of Kenya Railway and Wen Gang, Chairperson of China Road and Bridge Corporation (CRBC), the deal will open up the country’s geothermal production center. This could mean an increase in economic activities, particularly farming.

Kenya’s President, Uhuru Kenyatta, is quite optimistic that the deal is a plus for the country. The strategic location of the railroad is designed to attract investors to set up industrial complexes in the Naivasha’s Olkaria zones. Kenyatta also restated the government’s commitment to subsidizing power tariffs.

What the railroad means to Kenya

Significantly, the railroad will reduce the cost and time of movement of goods from coastal Mombasa to the hinterland, including neighboring countries that rely on the port of Mombasa for imports. It is expected that time reduction will be slashed by almost half for passengers and freight trains that ply the route. Cost and time reduction will mean price reduction of goods for consumers in the long run.

In addition, the route will also increasingly serve as a channel for exporting East African valuable resources to China and the outside world.

The ongoing project, which kick-started in January led to the employment of over 25, 000 local workers and the training of more than 16, 000 Kenyan engineers. Kenyatta emphasized that the CRBC creates more room for this development so that local content in terms of materials, equipment and manpower can be intensified. Training of local working population will also produce a labor force capable of managing the modern railway system.

Notably, the strategic location of the SGR will serve as a tie, which will bind the East African countries together. 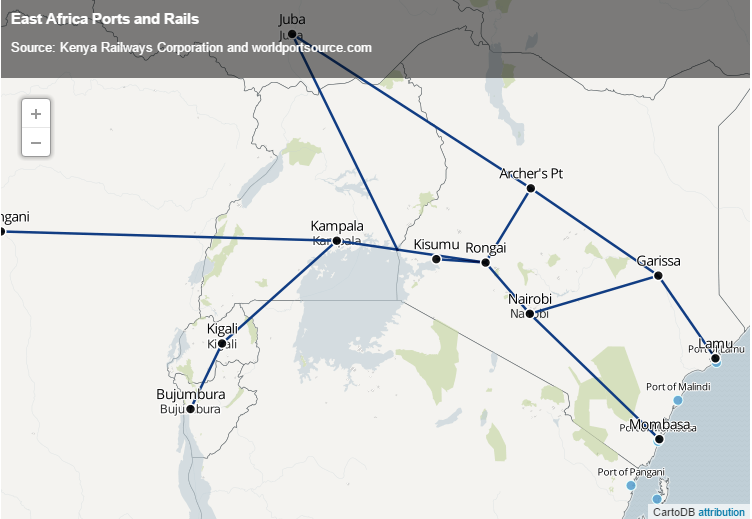 However, this railroad raises a few questions around China’s interest in building a railroad for a country beyond the shores of its region.

China is the second largest economy in the world and Africa is the continent with the largest number of developing countries. In the words of China’s Premier, Li Keqiang at the initial announcement of the deal, both regions are complementary in advantages and in their development opportunities to each other. In other words, China’s investment is an act of solidarity. However, there is no such thing as free lunch and many continue to question the integrity of China’s intentions in Africa.

While Sino- Kenya (East Africa) relations will be strengthened, the railway will move across East Africa and by extension expand the commodity base of these African countries in preparation for exports to the industrial country of China and other parts of the developed world. This places Kenya and its neighbors in a marginalized position at the base of the production ladder.