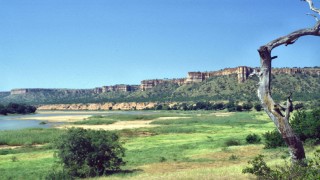 After two decades, Zimbabwe is considering giving back confiscated land to white commercial farmers as compensation instead of cash as the country’s economic woes deepen. The Land Reform Program, which was considered a racist and repressive policy, was introduced in 2000 under ousted President Robert Mugabe and was geared towards reclaiming land from the descendants of European settlers and others, a violation of the fundamental human rights of the white farmers.

According to Mugabe’s government, the policy was meant to address colonial imbalances. The land seizures, however, triggered an economic quagmire for the Southern African country, partly due to the inexperience and poor management of the land by the new landowners and corruption in the government. This created a vacuum in the agricultural sector, a key foreign earner for the country, leading to currency crises, bouts of hyperinflations, food scarcity and a crippled economy.

The much-criticized Land Reform Program took over about 5,000 farms, mostly from white farmers.  Nevertheless, the government now seeks to repay about 800 farmers with farmlands instead of cash.

Mugabe’s undemocratic practices, human rights abuses, and economic mismanagement prompted the United States Congress to pass in 2001 (and amended in 2018) the Zimbabwe Democracy and Economic Recovery Act (ZDERA), which restricts U.S. support for multilateral financing to Zimbabwe until it makes specified political and economic reforms. In response to Mugabe’s continued repression, Washington placed travel restrictions against selected individuals, a ban on the transfer of defense items and services, and a suspension of non-humanitarian government-to-government assistance.

In 2003, in response to widespread, government-sponsored violence that threatened regional security, the U.S. Department of the Treasury enacted targeted financial sanctions against individuals and entities responsible for undemocratic practices, human rights abuses related to political repression, and public corruption.

But in March 2013, the Zimbabwean lawmakers approved a new constitution that made provision for the monetary compensation of all farmers whose land were seized by the state. Although the farmers are demanding $7 billion from the government, the economic crises the country is battling with makes it nearly impossible for Harare to fulfil its financial obligations to them.

As of 2019, the government set aside $17.5 million in its budget and $380 million in its 2020 budget for the purpose, but the economy has incurred so much deficit that it cannot pay salaries and pension, provide basic infrastructure in key aspects of the country or control the continued decline of its currency. These conditions may have necessitated the decision to issue back farmland instead. This new move by President Emmerson Mnangagwa could be considered a positive measure that may move the international community and White House to review their stance on the country.