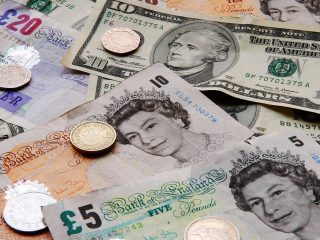 A statement issued on Monday, revealed that Zambian President Edgar Lungu has asked Chinese President Xi Jinping for “debt relief and cancellation” due to the negative impact of the pandemic.

In the statement, President Lungu reaffirmed Zambia’s commitment to the aspirations of the Forum on China-Africa Cooperation which has yielded results for the country through a number of developmental projects.

He also reaffirmed Zambia’s continued support for the ‘One China Policy’ and applauded the introduction of the national security law that would ensure the long-term security and prosperity of Hong Kong. Statement issued by Spokesman Isaac Chipampe also revealed that the president  sought to secure adequate resources to fight the pandemic and to stimulate the economy.

In recent years, Zambia’s public debt has increased significantly, as the economy chokes on its huge external debt running into billions of dollars. Zambia is facing the biggest debt crisis in the era of COVID-19. The current regime has borrowed heavily to spend on infrastructure, with most of the debt being from Chinese lenders. It has also issued two eurobonds.

Nearly half of its tax revenues go towards debt service and public wage bill. In 2019 its budget deficit was 10.9 percent of its GDP. Although the pandemic has worsened these problems, the problem began before the start of the pandemic.

China is Africa’s biggest creditor and is owed over $145 billion by the continent, including some $5 billion by Kenya.

However, Chinese President Xi has pledged to cancel interest-free debt owed by “relevant” African countries as part of Beijing’s move to help the continent during the COVID-19 pandemic.

The two leaders agreed to continue working closely together to safeguard common interests, including on matters concerning the United Nations Security Council.

The relationship  between Zambia and China is nearly as old as when Zambia independence in 1964. China helped to build and finance a 1,860-kilometer railway line between the port in Dar es Salaam, Tanzania and Kapiri Mposhi in central Zambia,making it China’s biggest infrastructure project internationally. The relation is also built on China’s demand for Zambia’s chief export product, copper.