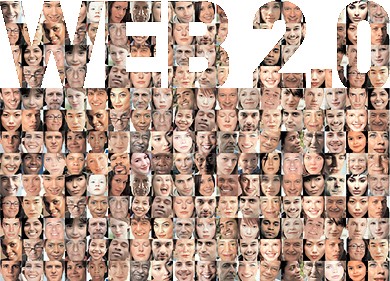 VENTURES AFRICA  – Imagine a crowd converging to brainstorm ideas on how to tackle an issue. Except, this crowd do not meet physically- they converge online, spread across different locations. This is what crowdsourcing is about. It is a very powerful tool used to develop fresh ideas on critical issues affecting an individual, society or an organization. Crowdsourcing is fast becoming a trend on the African continent. As Internet penetrate more rapidly on the Continent through Internet enabled mobile phones, people are becoming more aware of the power of collaboration and are embracing the culture of crowdsourcing to proffer solutions to social issues.

UNAIDS, a United Nations (UN) agency, recently announced the launch of its first ever crowdsourced strategy document in the UN history. According to the press release, over 5000 young people from 79 countries, crowdsourced the strategy recommendations through CrowdOutAIDS, an innovative youth-led policy project initiated by the agency. Majority of the participants were from Sub-Saharan Africa.

Through the process of crowdsourcing on CrowdOutAIDS, young people proposed six key recommendations for the UNAIDS Secretariat, including:

“We have worked together, using the simplest tools—each one of us in their own corner of the world—to create spaces of exchange and draft this important document in real-time, public online sessions,” said Zahra Benyahia, a CrowdOutAIDS drafting committee member.

“The most visible and popular application of crowdsourcing is Wikipedia; the free collaborative online encyclopedia, which relies on volunteers all around the world and now has over 20 million articles in English in the encyclopedia,” wrote Munya Chiura of Grow VC, a global, transparent, community-based platform dedicated to entrepreneurs and investors.

While citing examples of crowdsourcing platforms on the Continent, Chiura wrote on www.techzim.co.zw, “In Africa, we are also seeing some innovative ways in which crowdsourciing is being utilised.  In Kenya for example,Ushahidi put Africa’s crowdsourcing on the map, as its platform was effectively used to monitor the 2002 Kenya elections.  In Zambia, BongoHive, the country’s first tech hub, has created an exciting user-generated online map which reflects the number of tech business incubation hubs that have been set up around Africa. Closer to home in Kubanata, a Zimbabwean human rights and civic organization leveraged crowdsourcing to gather information to map the Typhoid cases in Zimbabwe, providing critical data to assist with managing the epidemic.”

Successful crowdsourced projects like Wikipedia, Ushahidi, BongoHive, CrowdOutAIDS etc. are lighting the bulb for others to follow. To learn more about the benefits of crowdsourcing, read GrowVC’s podcast interview with Carl Esposti, founder of Crowdsourcing.org.