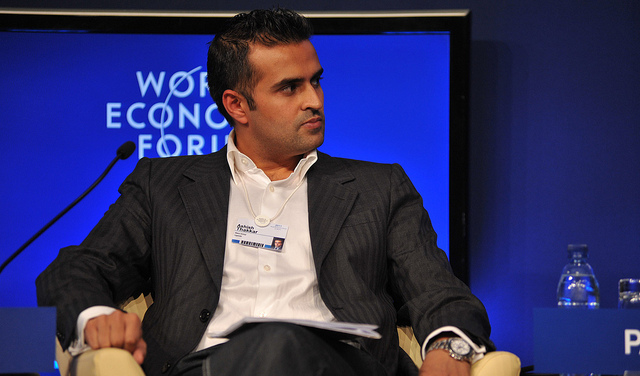 Ashish J. Thakkar, the 32 year-old founder and CEO of Mara Group, has emerged the first African ever to be named in Fortune Magazine’s prestigious annual 40 Under 40 list which features young hotshots around the globe who are leading businesses as diverse as air travel, natural gas, and genetic coding, as well as government.

Thakkar was featured on the 19th spot on the 2013 edition of the list, sandwiched between Catherine Lacavera, Google’s 38 year-old Director of Litigation and American music phenomenon Will Adams, popularly known by his pseudonym Will.i.am, who also doubles as Chairman of I.am.plus, a technology accessories company.

Other prominent entrepreneurs and corporate executives who made it to the list include Facebook founder Mark Zuckerberg, Yahoo CEO, Marissa Mayer, Jack Dorsey of Square and Twitter as well as Daniel Ek, founder of music streaming service, Spotify.

Ashish J. Thakkar has earned an unprecedented amount of international press recognition in recent times for his remarkable business success and his work in grooming young African entrepreneurs. And he has a remarkable story. After surviving the 1994 Rwandan genocide, Ashish moved to Kampala, Uganda with his family. During High School in Kampala, Ashish began selling computers to his classmates and friends. That computer trading business formed the earliest foundation of the Mara Group – a Pan-African conglomerate that is actively involved in everything from manufacturing to agriculture to property development and Information Technology. The group has total assets in excess of $1 billion and over 7,500 employees across 21 African countries. The group’s charity arm, the Mara Foundation focuses on entrepreneurship and education. Among other things, the Mara Foundation provides comprehensive support services including mentorship, funding, incubation center workspace and business training to African entrepreneurs mainly in East Africa.

Ashish is truly putting Africa on the map and getting Africa recognized globally in a postivie sense.