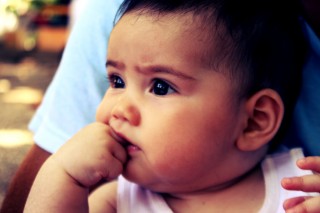 You can now shop for babies online in Malaysia, and it’s simply not right

“You don’t have to be nervous because we do this on a regular basis, I think that’s why the word of mouth spread that we actually do the birth certificate… we have 30 deliveries per week, we can put you in one of those slots,” the manager of Ghama Hospital, a young striking woman, said with so much confidence after she offered to sell a baby for $2,375 like it was some kind of shopping order or a spa appointment.

According to her husband, who is the ‘boss’ and one of the directors of the five clinics they own in Malaysia, this baby making business has gone on for 30 years. They sell these babies and forge birth certificates for them through the help of government agencies, whom they pay for these certificates in return.

In Malaysia, baby making is a lucrative job and the people who sell babies are so brazen about it that you can now choose a baby to buy online. It’s similar to online shopping, the only difference is you are shopping for babies. These sites are camouflaged as adoption support centers on Facebook or on other sites controlled by baby sellers. The babies are displayed on the site, with basic information from their nationality to their skin complexion and sex. All these information are important as they ascertain the price that the baby would go for. Their asking price, called “consolation price,”  involves the medical bill of the mother and birth certificate forgery fees. These asking prices range from as much as $1,500 to $7,000.

The prices of the kids vary. It’s like some kind of echelon scale: boys are usually very expensive, followed by light-skinned babies. These babies are displayed online, with their features, and so, basically, if you want a child in Malaysia, you are simply one click away from ‘acquiring’ one.

Hartini is a child’s right activist who rescues unwanted babies. She was faced with the decision of buying a baby after she thought it was just another child rescuing case. She bought the child for $3,000 after a quick phone call to her friend who told her that she had to do everything to get the baby away from the traffickers who already had plans to take her for an auction in Thailand if they didn’t find a buyer. According to her friend, the child would be sold to a syndicate and would be disabled in other to use her to solicit alms (she has become a business venture). This is the reality of children who are rejected and who do not have buyers. They are sold to a syndicate and become victims of child trafficking or brought up to be future sex workers.

If you are at loss as to where these babies come from, Bonda, a woman who sells babies, claimed that she had over 70 pregnant mothers, waiting for their baby to be sold when she was approached by an undercover Al Jazeera couple, who found her through the internet. And Bonda is just one of many people who harbour a number of pregnant girls or women who give their babies out, willingly or cohesively.

According to Bonda, who assures the couple that the mothers do not ask for their children back, she has had thousand of successful cases up to this point. “I have dealt with over 1,000 Indonesians with no problems. They never ask where their children go after giving them up.”

In Malaysia, money can do anything according to a doctor “Pannir” who calls his country corrupt as he lets out a sinister laughter, like he couldn’t have had it any other way. He is part of the long chain of traffickers who cut across welfare houses like Bonda’s house (here women pregnant out of wedlock are brought to have their children, and are forced to sell them to avoid shame), underground sex trade syndicate, health units like Pannirs and Gahma Hospital, and corrupt officials in the government’s National Registration Department who help falsify birth certificates.

Pannir’s  private clinic deals with the delivery of babies, and the falsifying of birth certificates so that the buyers would be registered as the child’s biological parents. His fee is $5,000 to deliver the baby and provide a fake birth certificate. Pannir also has connections with pregnant Malaysians and foreigners who are willing to sell their babies. According to him, Chinese babies are the most expensive, costing about $7, 500 each.

The booming underground sex trade in Malaysia, which is the approximate size of $963.6 million, is also a huge contributor to the baby factory in Malaysia, according to Aegile Fernandes, the Director of an anti-trafficking NGO, Tenaganita. The sex trade has revealed that a lot of money can be made from selling babies. Pimps for these organisations have come to find out how lucrative this job is, so now they impregnate these girls and sell their babies for $4,000 or $7,000. Some even go as far as locking these girls up and raping them on a daily and turning them into private baby making factories to enrich themselves.

Aegile Fernandez says, “So now you have a trafficker who makes triple the amount of money… Women were being brought in for the purpose of a job but they were then kept locked up, confined, then subsequently raped and then the babies were being sold.”

The babies sold in Malaysia  are offered for sale from poor migrant workers, who are not allowed to have children in the country by law and single Malaysian women who are forced to give their children away to avoid stigma in a highly Islam society.

The reason for the thriving of these baby making factories can easily be pointed at the dastardly corrupt Malaysian government, which Pannir joked about, and the strict adoption laws of Malaysia, which frustrate childless couples and make them consider the option of buying babies. Activists have also said that couples who want to start a family are not the only people who purchase the babies. Some babies are bought are sometimes bought by syndicates who groom children for paedophiles.