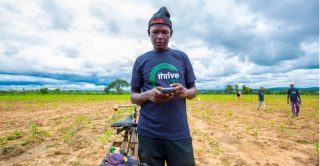 Thrive Agric last week saw a change of hands at the helm of the organization, the latest in a string of efforts meant to see the popular agro-crowdfunding platform through a scandal that has put it in a negative light over the past few weeks.

Co-founder Uka Eje in a tweet revealed the decision to step down as chief executive of the company he started with Ayodeji Arikawe. Eje will now become chief operating officer while Adia Sowho resumes as interim CEO. A new chief financial officer has also been appointed, bringing “significant experience” in finance as well as a new head of risk management and compliance, it said.

The wholesome changes came on the back of several statements released by the Nigeria-based company, in a bid to appease customers and investors after seeing renewed allegations from subscribers about payment defaults. It initially came under scrutiny in April and May, after being accused of failing to pay back subscribers, a problem Eje blamed on the pandemic and off-takers.

“A challenge we have had to face in recent times has been managing delays of our off-takers in paying for goods delivered. This operational challenge has caused temporary delays in paying a few of our users; so what we did was to be transparent and then commit to a time period for the payments to be made. It’s really been heart-warming seeing their reception and total understanding,” the former CEO told Techpoint Africa at the time.

Eje had claimed investors understood Thrive Agric was working to resolve the issue, but the company has only seen increasing complaints of payment defaults over the six-month period till September with investors rueing a lack of transparency in communication from the startup.

Thrive Agric has since stepped up its communication efforts after heavy backlash, sending a mail to subscribers that blamed the COVID-19 pandemic, subsequent lockdowns, and off-takers for its struggles. It also recently released FAQs addressing key issues around the payout delays and received backing from investor Ventures Platform in a statement released last Thursday.

“Over the last few weeks, much has been reported about the challenges Thrive Agric has had throughout the COVID-19 crisis, and how these challenges have adversely affected some of their crowdfund subscribers. However, what might not be so apparent is the work being done behind the scenes, to rectify and repair the situation, by ensuring subscribers are repaid in a timely manner,” the VC firm said in a statement to Ventures Africa.

The company has asked investors to wait for their returns on investment for “no more than 12/24 months in arrears,” the mail read. But patience may be running out with multiple reports showing subscribers are counting down to the day they plan to take legal action against the company if they do not get paid soon.

Sowho, with experience in digital business that cuts across Deloitte Consulting, Etisalat Nigeria, and fintech startup Migo, is expected to guide Thrive Agric through “a turnaround exercise” so that it “survives the effects the COVID-19 pandemic has had on the business,” Eje said.

Experienced senior management team and hired consultants from Ventures Platform have also “intervened and are working with the Thrive Agric founders to put in place deliberate and swift actions, to not only ensure repayment of investments to subscribers but also to realign the business for the long term,” the VC firm said. But there appears to be no end in sight to the ongoing ordeal, which experts say could carry implications for emerging startups.