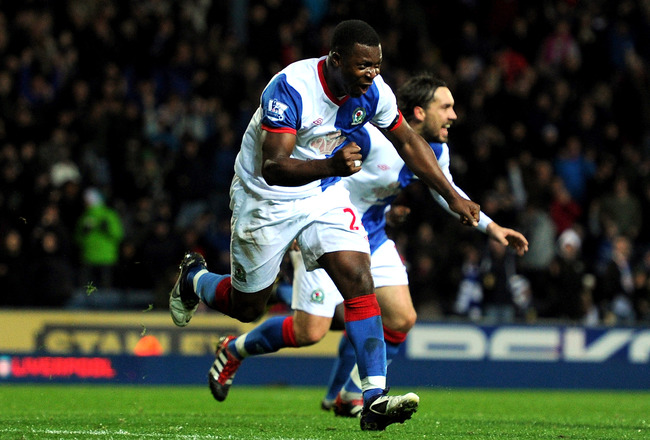 Nigerian striker, Yakubu Aiyegbeni, would have to look for another club if he wants to play in the English Premier League next season after his side Blackburn Rovers were relegated on Monday night.

The Nigerian striker has hit double figures for Rovers this season but some terrible defending have cost Steve Kean’s side. Blackburn needed a result to go into the final game of the season with some hope of staying up but was hit with a late sucker punch. Wigan player, Alcaraz, nodded past goalkeeper Paul Robinson in the 86th minute from a corner kick to give Roberto Martinez’ side all 3 points.

Wigan have been on an incredible run picking up 18 points from their last 8 games including memorable wins over Manchester United, Arsenal and Liverpool.

Monday’s win takes them to 40 points while Blackburn join Wolves as the teams relegated from the league this season.

This is the second time Blackburn will be relegated from the Premier League after being champions in the 1994/1995 season.