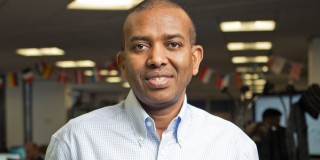 Global money transfer company, WorldRemit has kickstarted a new digital service for sending and receiving money across Africa. This new service will make it easier and cheaper to send and receive money on the continent.

Ismail Ahmed, CEO and Co-founder of WorldRemit said WorldRemit’s digital money transfers are quick, secure and cost less. This will give SMEs an alternative to other money transfer systems that charge ridiculous fees for their services.

“Just as WorldRemit has revolutionised the way people send money from developed countries, our vision is to do the same within Africa.  From the frequent traveller, who works in different countries, to the small business owner buying goods abroad, our new fast service will offer the benefits of lower cost and greater convenience,” he said.

Owing to factors such as economic growth, the service will only be available between Kenya, Rwanda, Tanzania and Uganda.

The company sees the outrageous transfer charges that individuals and businesses have to pay to move money within Africa. Thus serving as a major obstacle to regional integration which is poised to record significant improvements after the continent-wide free-trade agreement was signed by 44 countries in March 2018.

When the African Continental Free Trade Agreement comes full circle, there will be a lot of movement of people and goods across borders. This is where WorldRemit comes in. The company’s latest service will make it easier to send and receive payments within Africa without worrying about high costs.

WorldRemit’s transfers to Africa is growing by 80 percent year-on-year, transferring in excess of $1.6 billion per annum to the region. The company trades in all major African currencies and has an extensive distribution network that includes banks, mobile money and cash pick-up points around Africa.

Customers have the ability to send money from over 50 countries to over 145 destinations around the world. Last year, the company became Arsenal FC of England’s first ever online money transfer partner when they signed a global sponsorship deal with the club.