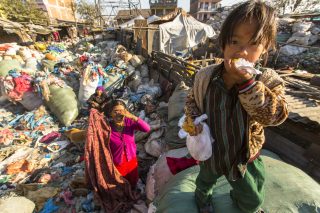 A report released by the World Bank on Wednesday reveals that the coronavirus pandemic could put almost 150 million people into extreme poverty by the end of 2021, wiping out over three years of progress in poverty reduction.

The flagship biennial report on poverty and shared prosperity, reveals that an addition of 88 million to 115 million people will fall into extreme poverty. This means that in 2020 115 million lived on less than $1.90 a day, and could grow to 111 million to 150 million by the end of 2021.

This also indicates that an estimate of 9.1-9.4 percent of the world’s population would be living under extreme poverty this year, representing the first rise in the extreme poverty percentage in about 20 years.

In a statement released by the World Bank President, David Malpass, “the pandemic and global recession may cause over 1.4 percent of the world’s population to fall into extreme poverty, leading to serious setbacks in development progress and poverty reduction.”

Almost 82 percent of these countries were originally categorized as middle-income countries, where the poverty line is defined as income of $3.20 a day, and $5.50 a day for upper-middle-income countries. This reveals that not just the rural areas but also a lot of urban dwellers are at risk of facing extreme poverty, as businesses suffer and unemployment increases due to the pandemic.

Sub- Saharan Africa, which has the highest number of those living on less than $1.90 a day, could see an increase of over 50 million people by 2021. Pre-coronavirus estimates show that about 42 percent of the region’s population could be living under extreme poverty by 2021 versus a pre-COVID estimate of 37.8 percent.

However, the report reveals that without swift, substantial policy actions by these countries, a longstanding goal of cutting the rate to 3 percent by 2030 seemed impossible. For countries to get back on track of poverty reduction, the World Bank says countries need to take a collective action to control the virus, provide support for households and build more resilient economies once the pandemic subsides.

“Countries will need to prepare for a different economy post-COVID, by allowing capital, labor, skills and innovation to move into new businesses and sectors,” Malpass said.